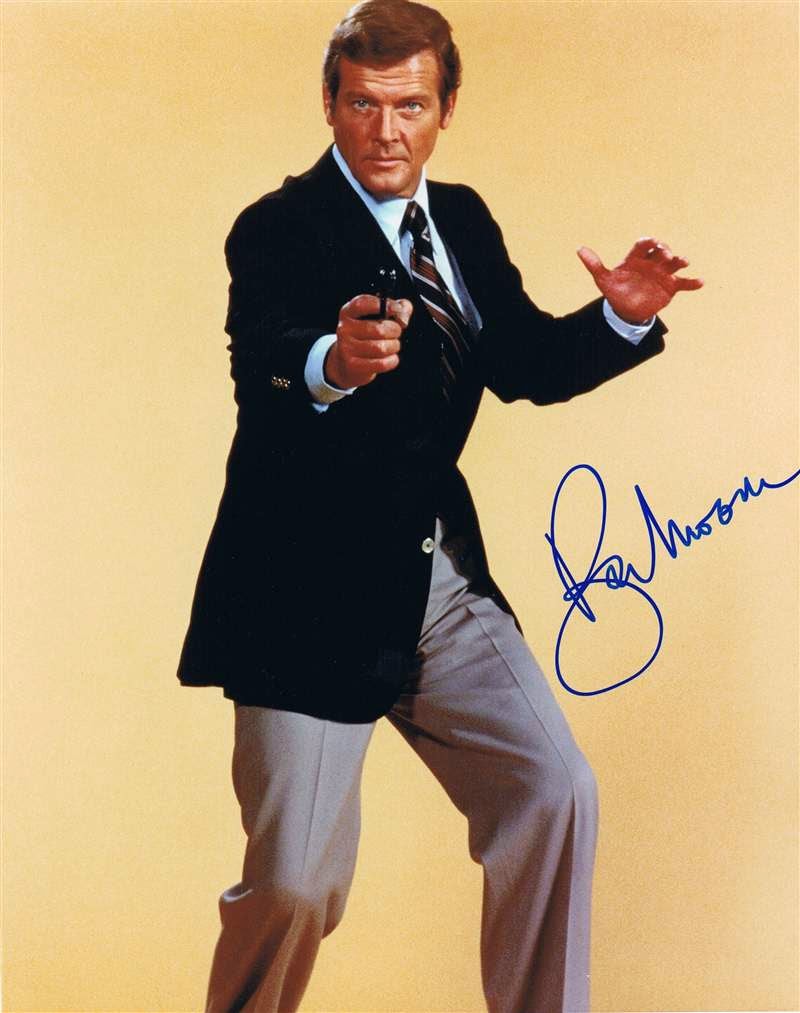 Sir Roger George Moore, KBE was an English actor. He was perhaps best known for playing British secret agent James Bond in the official film series for seven films between 1973 and 1985. He appeared as Bond in more official Bond films than any other actor, and was the oldest actor to play Bond. Moore also portrayed Simon Templar in The Saint from 1962 to 1969. He is also a Goodwill Ambassador for the charity organisation UNICEF.

Because of his commitment to several television shows, in particular the long-lasting series The Saint, Roger Moore was unavailable for the James Bond franchise for a considerable time. His participation in The Saint was not only as actor, but also as a producer and director, and he also became involved in developing the series The Persuaders!. Moore stated in his autobiography My Word Is My Bond (2008) that he had neither been approached to play James Bond in Dr. No, nor does he feel that he had ever been considered. It was only after Sean Connery had declared in 1966 that he would not play Bond any longer that Moore became aware that he might be a contender for the role.
However, after George Lazenby was cast in 1969's On Her Majesty's Secret Service and Connery played Bond again in Diamonds Are Forever, Moore didn't consider the possibility until it seemed abundantly clear that Connery had in fact stepped down as Bond for good. At that point Moore was approached, and he accepted producer Albert Broccoli's offer in August 1972. Moore says in his autobiography that he had to cut his hair and lose weight, but although he resented that, he was finally cast as James Bond in Live and Let Die (1973).

Moore is the longest-serving James Bond actor, having spent 12 years in the role (from his debut in 1973, to his retirement from the role in 1985), having made seven official films in a row. Moore is the oldest actor to have played Bond - he was 45 in Live and Let Die (1973), and 58 when he announced his retirement on 3 December 1985.

Moore's Bond was very different from the character created by Ian Fleming. Screenwriters like George MacDonald Fraser provided scenarios in which 007 was a kind of seasoned, debonair playboy who would always have a trick or gadget in stock when he needed it. This was designed to serve the contemporary taste of the 1970s. Moore's version of Bond was also known for his sense of humor and witty one-liners, but also an extremely skilled detective with a cunning mind.

Email ThisBlogThis!Share to TwitterShare to FacebookShare to Pinterest
Labels: A View to a Kill, For Your Eyes Only, Live and Let Die, Moonraker, Octopussy, Roger Moore, The Man with the Golden Gun, The Spy Who Loved Me