"It was hardly the place for Ian Fleming, and he soon moved into a room at the Hotel du Lac along the shores of Lake Geneva at Coppet, and then into a room of his own at Mies". 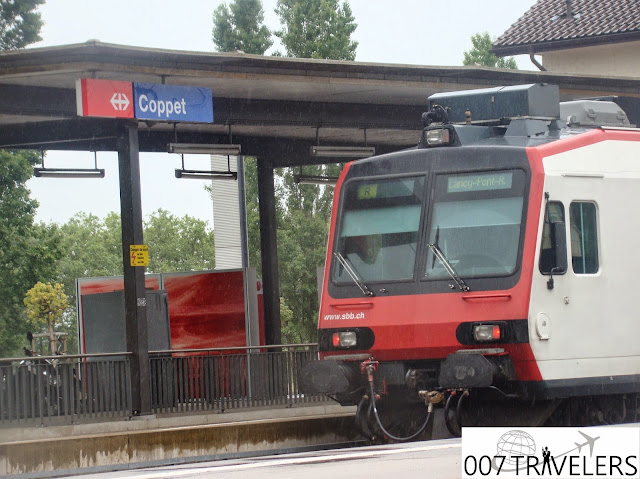 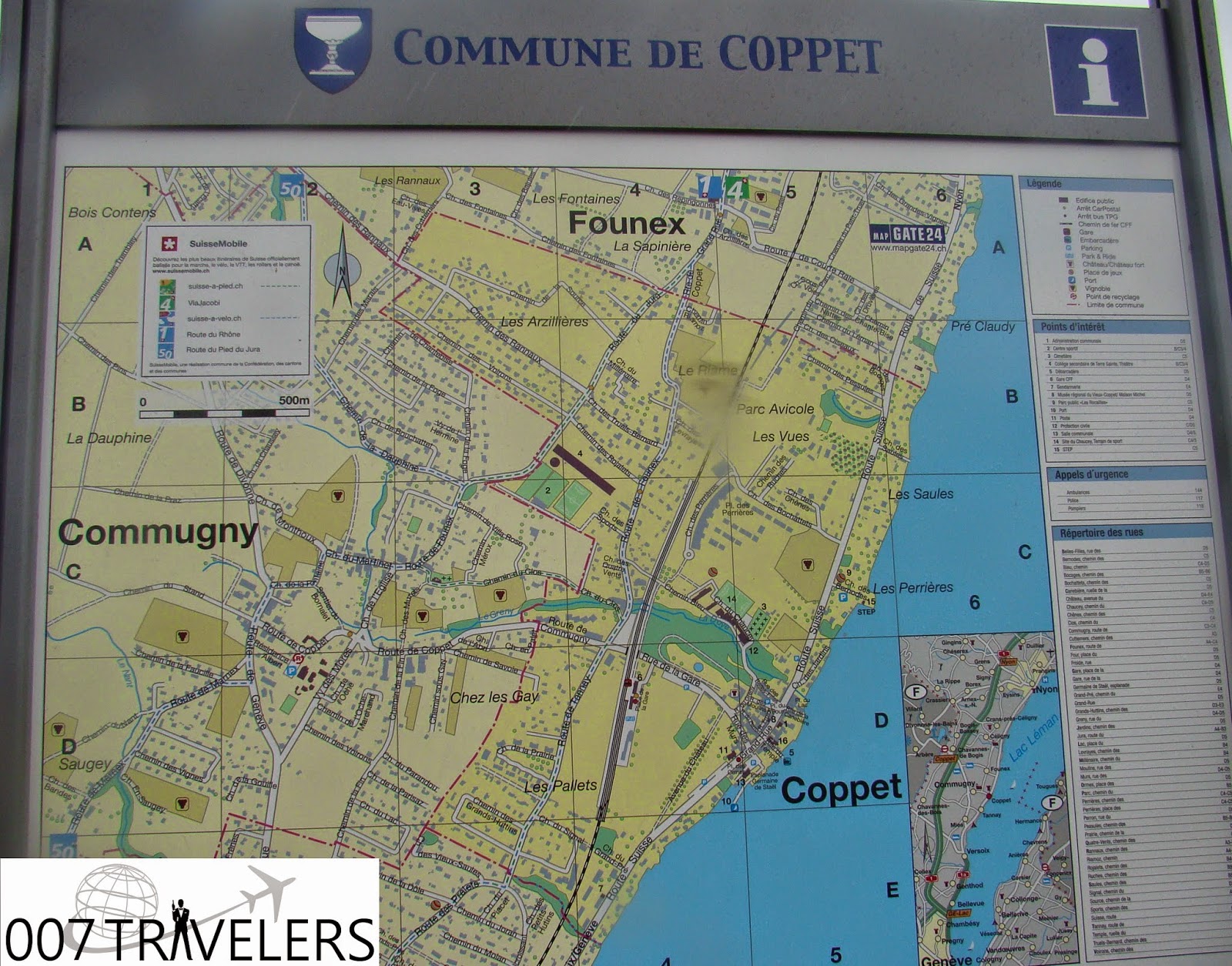 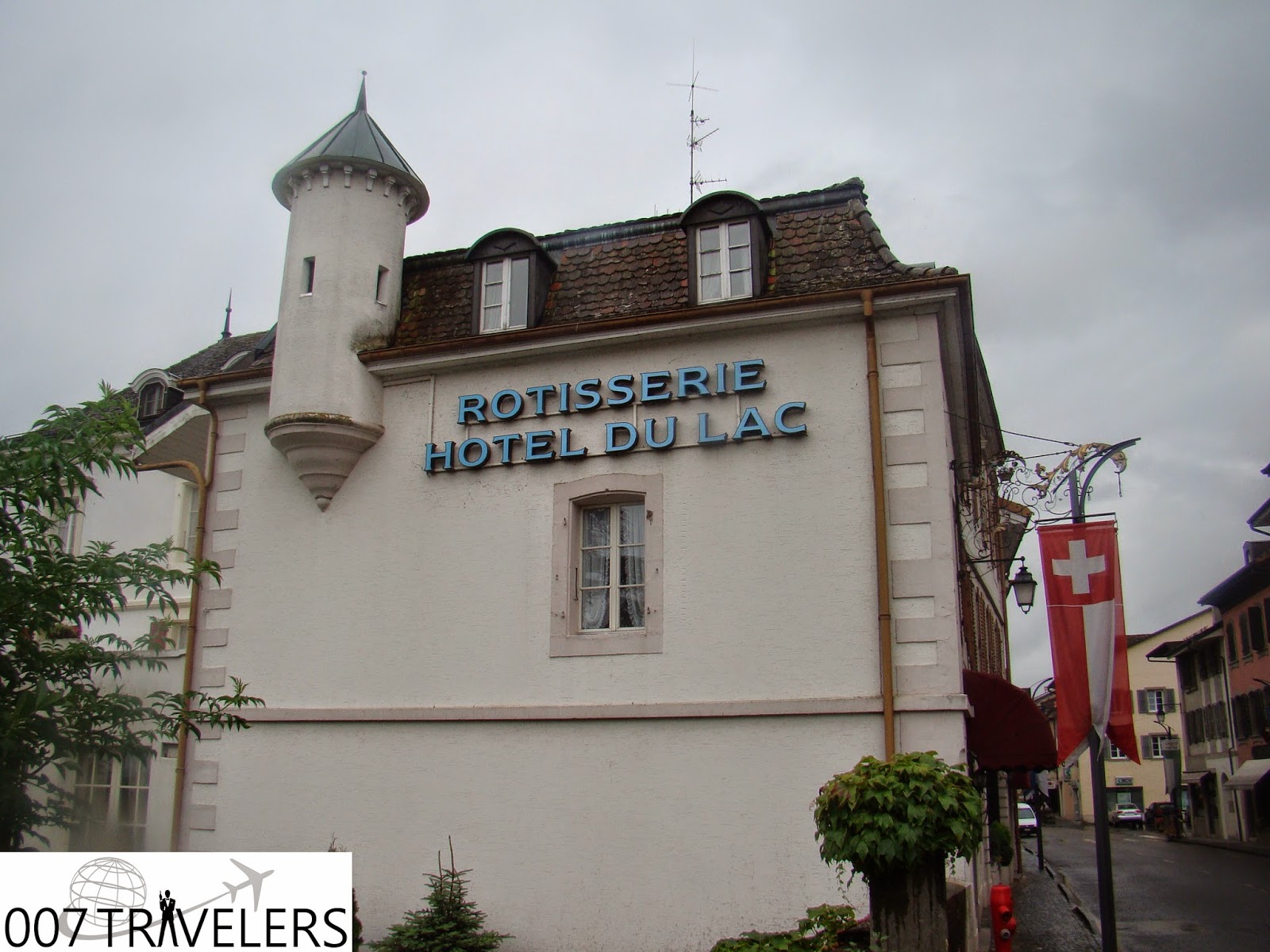 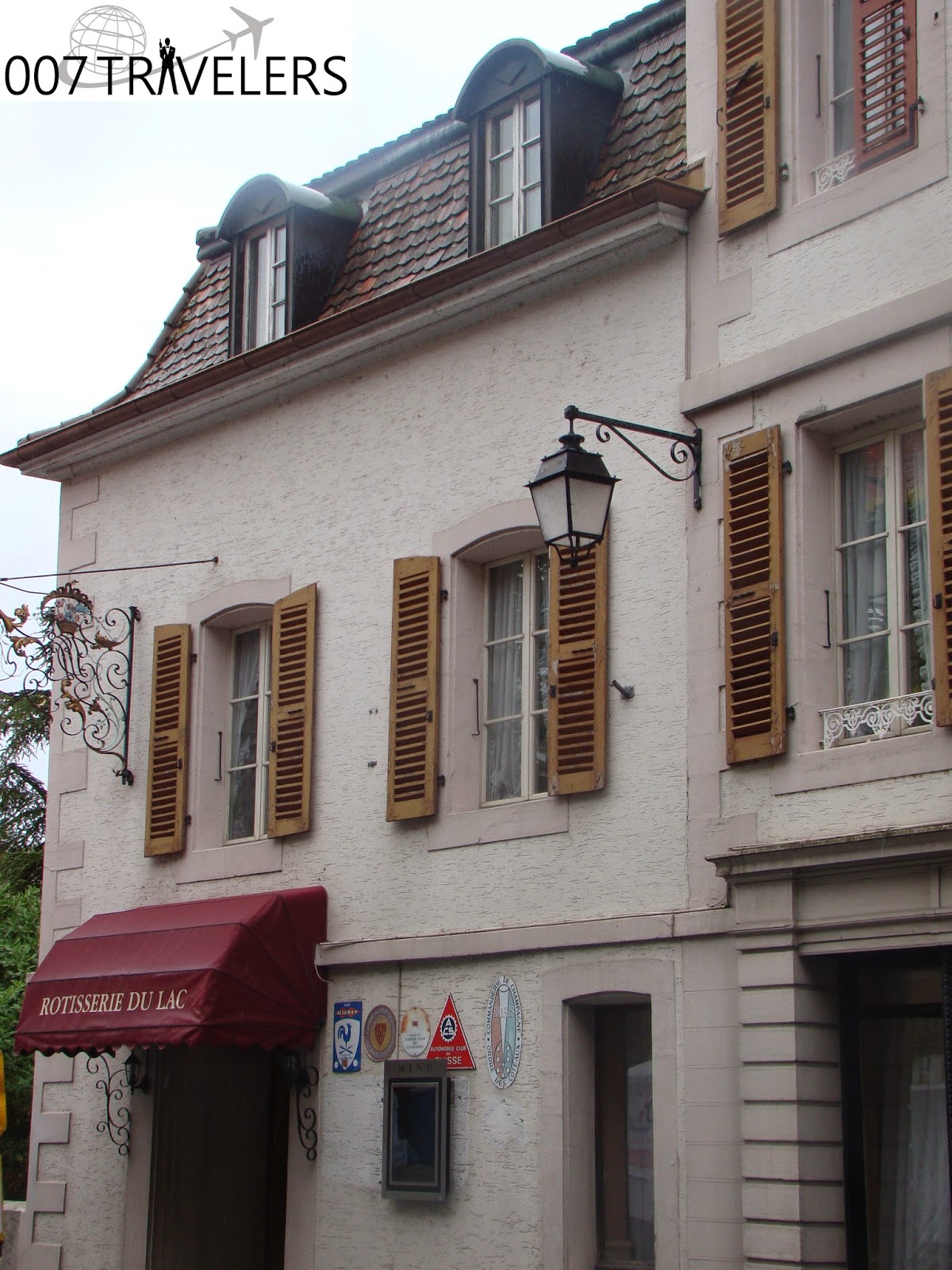 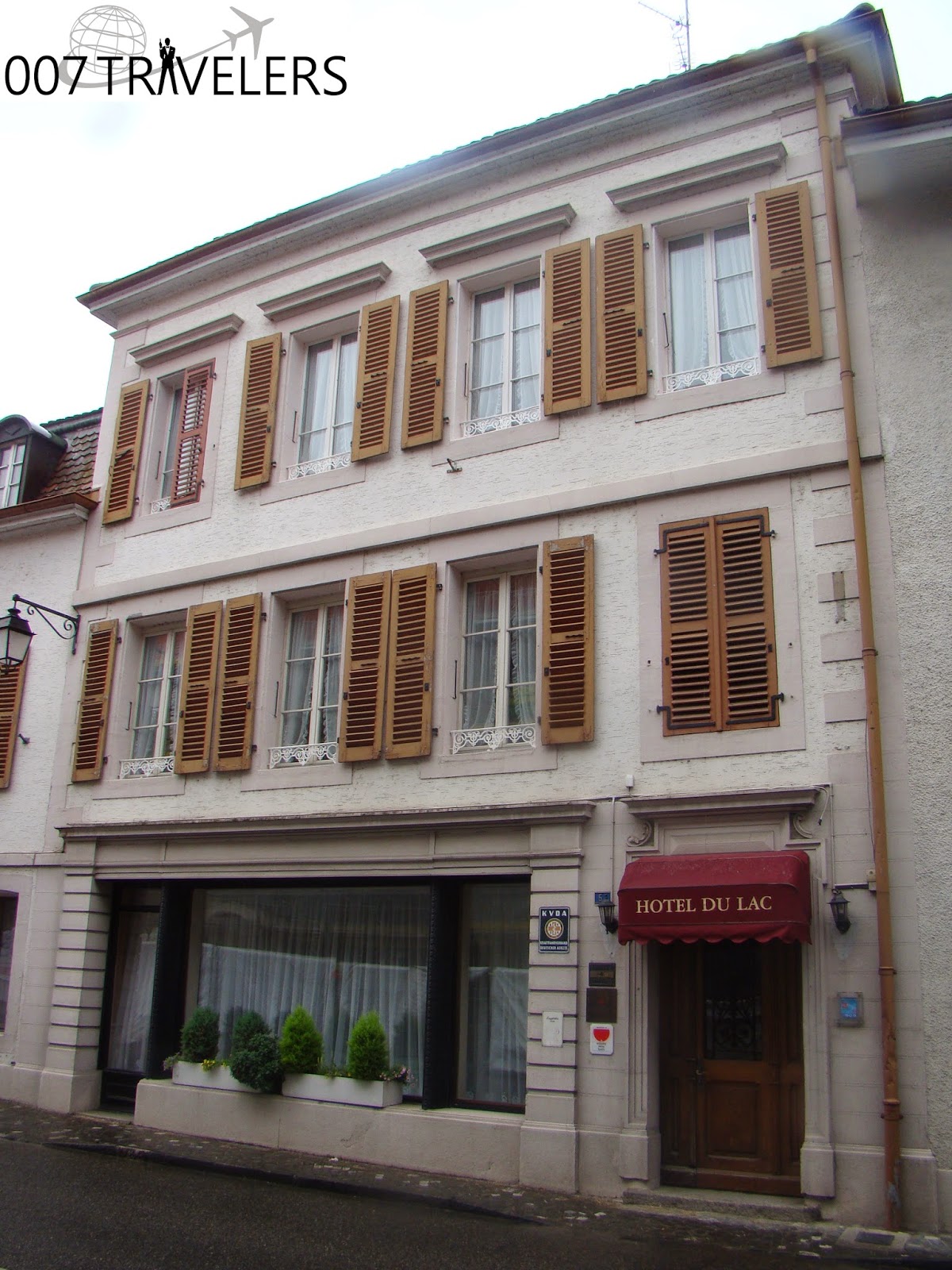 "Bond caught up with the high yellow silhouette just before Coppet, the tiny lakeside hamlet made famous by Madame de Staël." 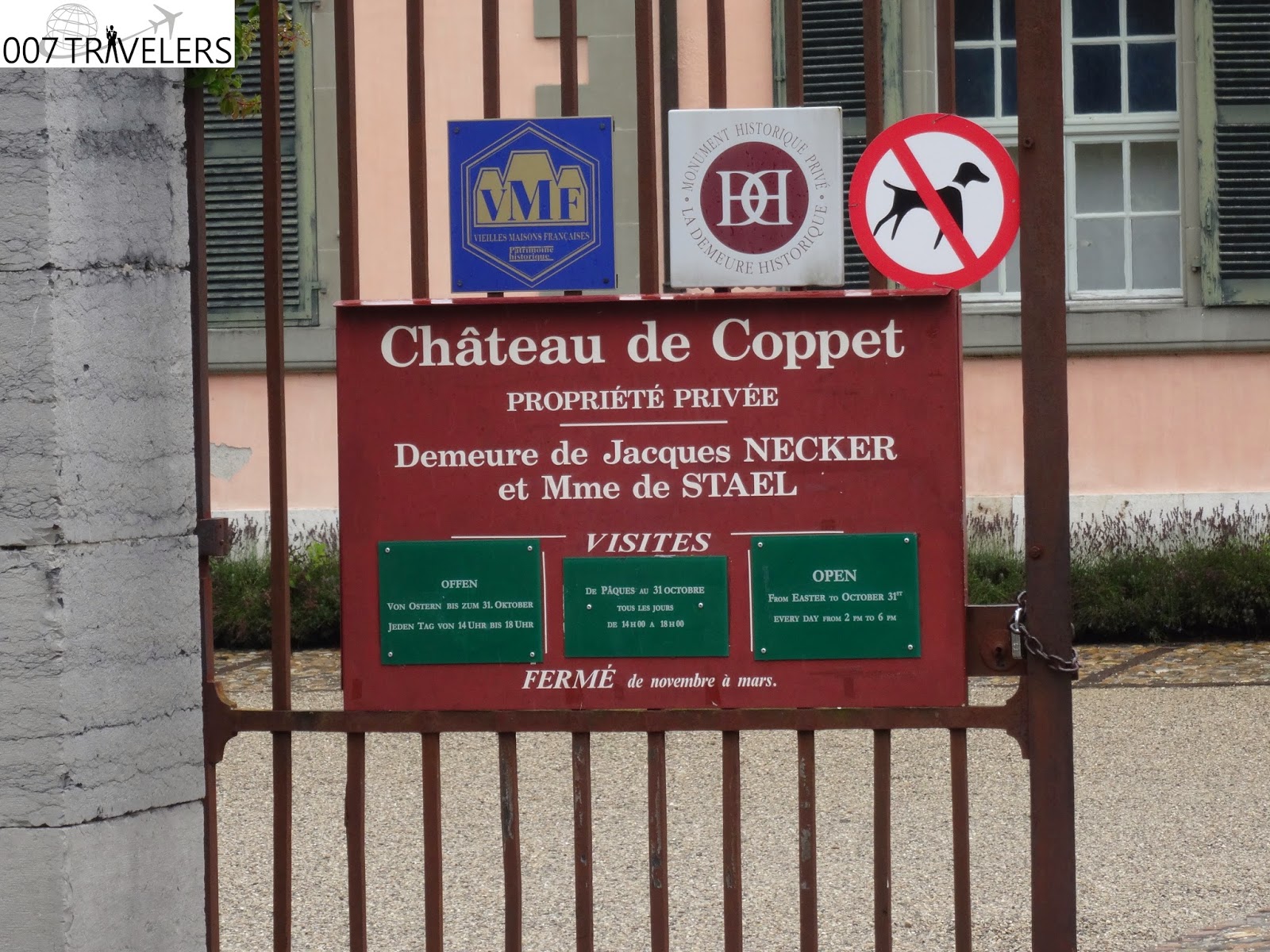 "Bond went on until he found a turning to the left. He followed this until there was a lane which led back through the vineyards to the woods behind Coppet and to the château of Madame de Staël. Bond stopped among the trees. Now he should be directly above the Entreprises Auric."

"Bond walked warily through the trees, watching each step for dead branches. The trees thinned. There were glimpses of a huddle of low buildings behind a small manoir. Bond picked the thick trunk of a fir tree and got behind it. Now he was looking down on the buildings. The nearest was about a hundred yards away. There was an open courtyard. In the middle of the courtyard stood the dusty Silver Ghost.

Bond took out the binoculars and examined everything minutely.

The house was a well-proportioned square block of old red brick with a slate roof. It consisted of two storeys and an attic floor. It would probably contain four bedrooms and two principal rooms. The walls were partly covered by a very old wisteria in full bloom. It was an attractive house. In his mind’s eye Bond could see the white-painted panelling inside. He smelled the sweet musty sunshiny smell of the rooms. The back door gave on to the wide paved courtyard in which stood the Rolls. The courtyard was open on Bond’s side but closed on the other two sides by single-storey corrugated iron workshops. A tall zinc chimney rose from the angle of the two workshops. The chimney was topped by a zinc cowl. On top of the zinc cowl was the revolving square mouth of what looked to Bond like a Decca radar scanner you see on the bridges of most ships. The apparatus whirled steadily round."

We visited outside of Coppet Castle and returned to Geneva.