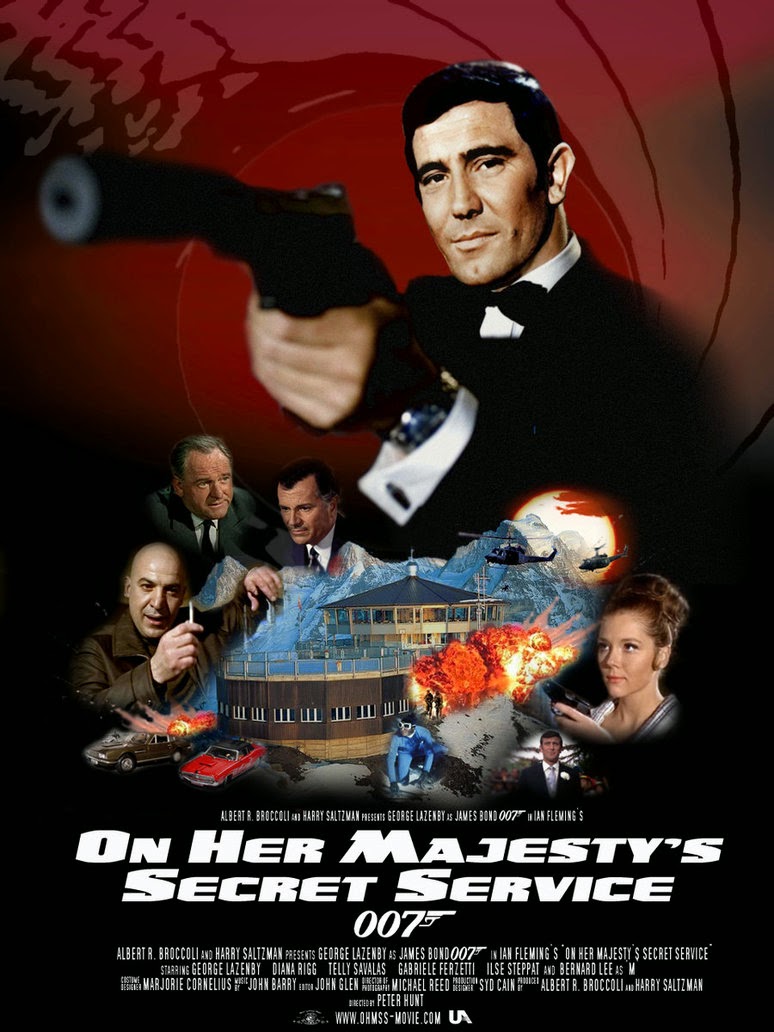 In the film, Bond faces Blofeld (Telly Savalas), who is planning to sterilise the world's food supply through a group of brainwashed "angels of death" (which included early appearances by Joanna Lumley and Catherina von Schell) unless his demands are met for an international amnesty, for recognition of his title as the Count De Bleuchamp (the French form of Blofeld) and to be allowed to retire into private life. Along the way, Bond meets, falls in love with, and eventually marries Contessa Teresa di Vicenzo (Diana Rigg).

Email ThisBlogThis!Share to TwitterShare to FacebookShare to Pinterest
Labels: George Lazenby, On Her Majesty's Secret Service