Charity World Premiere of "A BOND FOR LIFE" raises 2.500 Euros for UNICEF 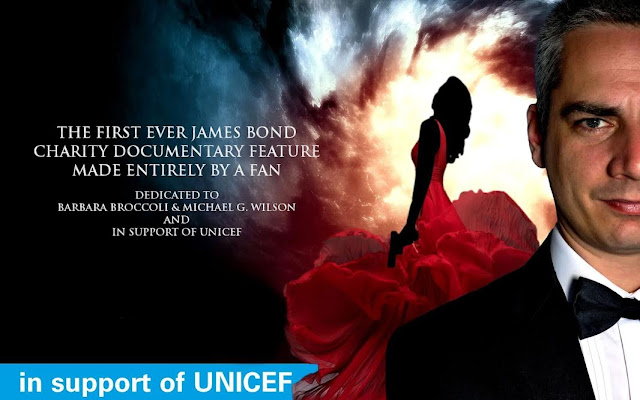 After a 17 month filming period, the glamorous world premiere of the world’s first James
Bond fan documentary in support of UNICEF took place in Braunschweig, Germany, on 12
March 2016.

The 124 minute film of hobby-director Benjamin Lind, entitled "A Bond For Life – How James Bond changed my Life“, had been conceived as a charity project since the beginning of filming. With his work, Lind didn’t want to earn money but make a significant contribution to UNICEF aid operations. Together with the UNICEF work group Braunschweig and its directress Birgit-Gabriela Pordzik, Lind decided to donate the proceeds from ticket sales and additional donations to the UNICEF aid operation in Syria.

Joined on stage by Bond-expert and author Danny Morgenstern, Lind presented his film in
front of 88 guests in the C1 Cinema Braunschweig on 12 March 2016. He made clear, how
UNICEF provides help on the ground in Syria and how the donations will be used. Before the film screening, the auction of a magazine signed by the cast & crew of the latest Bond film "Spectre“ generated an additional 350,00 Euros within just two minutes. The net proceeds from ticket sales, which included a limited amount of VIP tickets for 25.00 Euros, amounted to a total of 1715.00 Euro.

VIP ticket holders had the pleasure to attend the exclusive After-Show-Party where they
enjoyed an extravagant buffet, complimentary drinks as well as a look Behind the Scenes of
the part autobiographical James Bond documentary. For a 2.00 Euro donation, director
Benjamin Lind signed specially designed postcards with the poster of his film. The UNICEF
donation box, of which guests made ample use, was always by his side and generated a total of 435.00 Euro. A second autograph auction brought in another 100.00 Euros. The
glamorous party lasted to the small hours.

After counting of the total proceeds from ticket sales and the donation box, the resulting
final sum of 2.500 Euros was personally forwarded to the UNICEF work group Braunschweig by director Benjamin Lind.

Email ThisBlogThis!Share to TwitterShare to FacebookShare to Pinterest
Labels: 'A Bond For Life - How James Bond changed my Life', A Bond For Life World Premiere, Benjamin Lind, Danny Morgenstern, Unicef