In order to read our Italy 007 travel story from day one, click here.

We woke up already at 6.00 in Marinella di Sarzana, and had breakfast outside by the sea, it was beautiful. After checking out we start driving again. 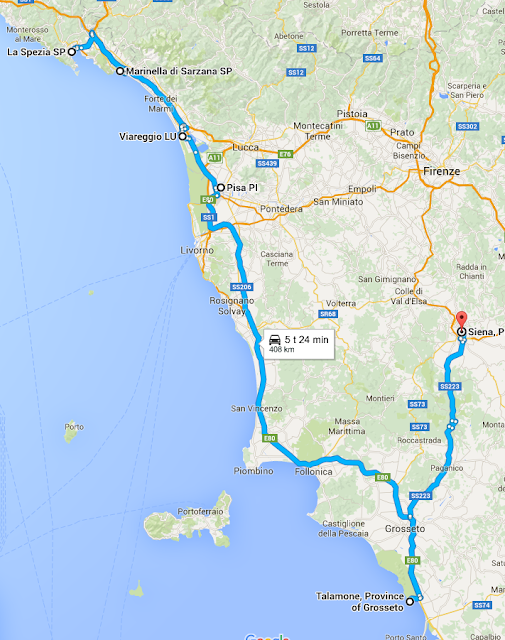 We started to drive towards La Spezia, which was 33 km away from our last night´s hotel.

La Spezia (Spèza in the local dialect of Ligurian) at the head of the Gulf of La Spezia in the Liguria region of northern Italy, is the capital city of the province of La Spezia. In terms of population, La Spezia is the second city in the Liguria region, preceded just by Genoa. Located between Genoa and Pisa on the Ligurian Sea, it is one of the main Italian military and commercial harbours and hosts the arsenal of the Italian Navy. It is important for its museums, for the Palio del Golfo, and for the railway and boat links with Cinque Terre. 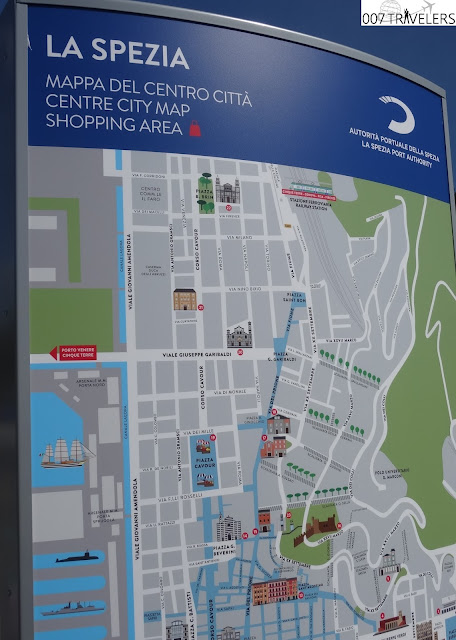 La Spezia has also a Bond connection via 007 book:


"He was some time behind the lines in Italy helping partisans with attack to big Ansaldo shipyard in La Spezia." 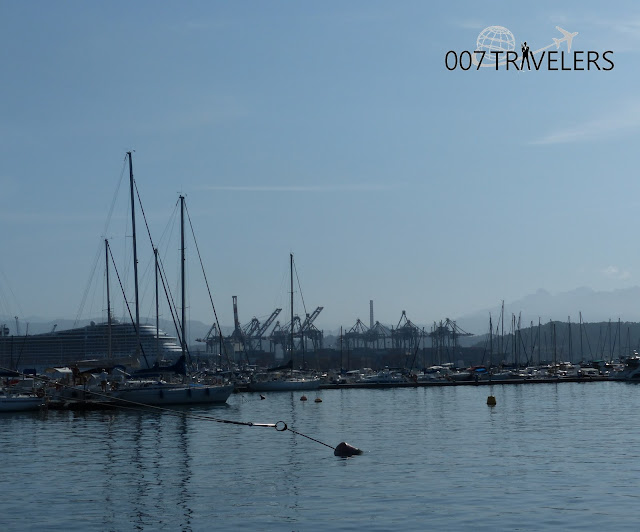 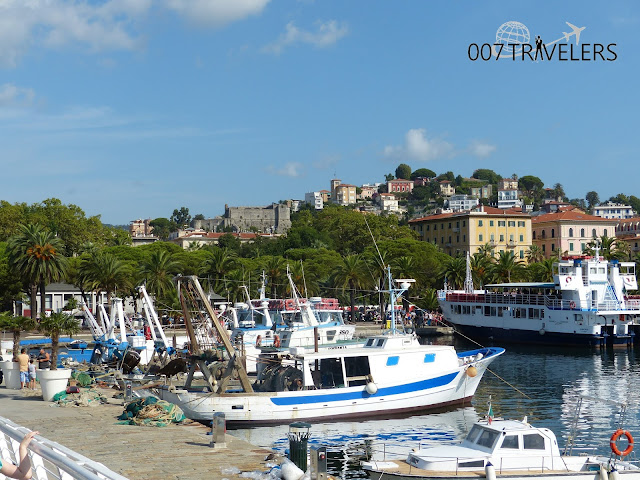 We left La Spezia and got lost somehow and we had to pay the toll charges two times as we drove back and forth at first. Later we arrived in Viareggio, which is known as a seaside resort as well as being the home of the famous carnival of Viareggio (dating back to 1873), and its papier-mâché floats, which (since 1925), parade along the promenade known as "Passeggiata a mare", in the weeks preceding Easter. 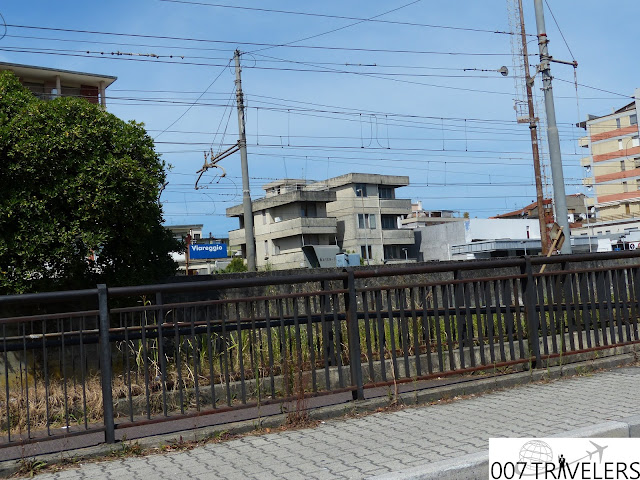 We took some photos at the harbour of Viareggio. There is also a Bond connection with Viareggio, via John Gardner´s Bond book "COLD" (1994):


“Lights, I think, Toni called back to him, so they started off again with lights spreading out from the front of the machines, still keeping up a moderately slow pace. Within another fifteen minutes they came to the junction of the canals, turning left and heading towards the port of Viareggio. Ten minutes later the lights of the harbor became visible, together with small craft and the odd seagoing ship anchored within the port.


Nobody challenged them as they moved into the main channel and then out beyond the breakwater, turning right as they drifted towards a narrow beach backed by thick, sweet-smelling trees." 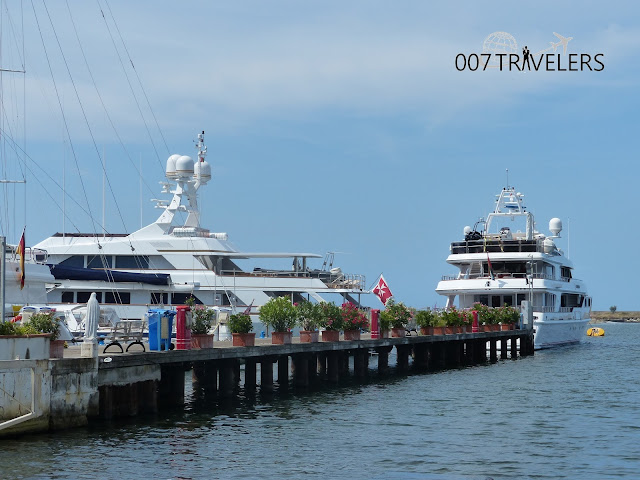 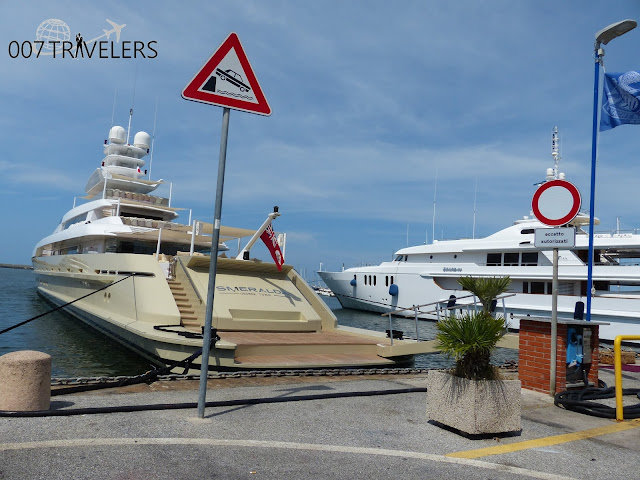 Later we had lunch in Bar Palazzetto. After Viareggio we started to drive to Pisa, which is a city in Tuscany, Central Italy, straddling the River Arno just before it empties into the Tyrrhenian Sea. It is the capital city of the Province of Pisa. It was afternoon 13.30 when we reached Pisa. 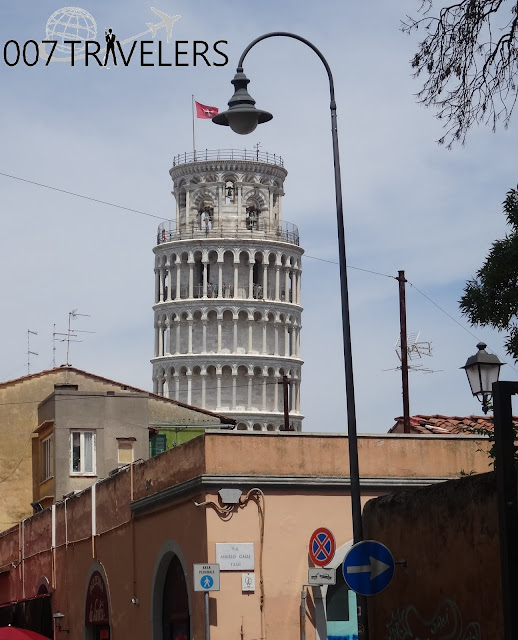 Lots of people everywhere and we had to leave our car 2 km away, since it is not possible to park near the Leaning Tower of Pisa. The Tower of Pisa is the campanile, or freestanding bell tower, of the cathedral of the Italian city of Pisa, known worldwide for its unintended tilt. It is situated behind the Cathedral and is the third oldest structure in Pisa's Cathedral Square (Piazza del Duomo) after the Cathedral and the Baptistery.

Galileo Galilei is said to have dropped two cannonballs of different masses from the tower to demonstrate that their speed of descent was independent of their mass.

It was 35C and a really hot day! The toll charge at Pisa Centro was 6,80 EUR and we continued to drive to Talamone, which is a town in Tuscany, on the west coast of central Italy, administratively a frazione of the comune of Orbetello, province of Grosseto, in the Tuscan Maremma. In Talamone we met our good friend Stefano from Rome. We all know that Rome is one of the filming locations of "SPECTRE" (2015). We had icecreams at Pedaccini Caffé in Talamone.


Together with Stefano we drove to the address Via Tito Paffetti, and we found Torre Di Talamonaccio, which is the villa of  Rene Mathis (Bond´s ally) in Bond movie "Quantum of Solace" (2008).


It was getting late, and we had to hurry already in order to reach Siena in time, since we had a meeting with our B&B landlady.

The next day we are going to explore some more Bond locations in beautiful Siena!