SPECTRE MEMORABILIA to be auctioned for charity 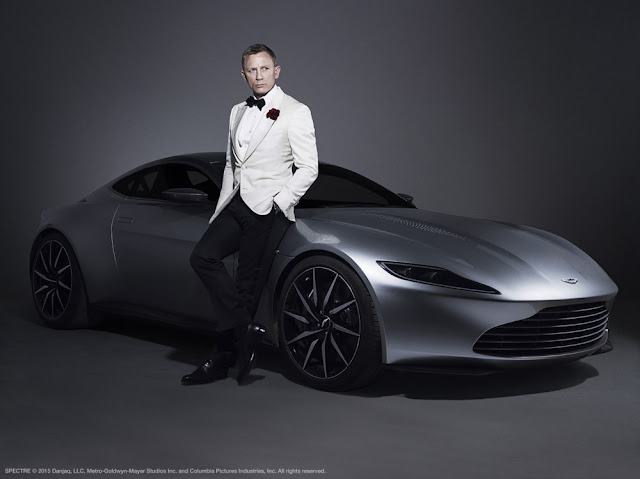 
To celebrate the home entertainment release of "SPECTRE" (2015), 24 lots of James Bond memorabilia, including SPECTRE’s Aston Martin DB10, will be auctioned off for charity at Christie’s in February. The online-only sale will offer 14 lots and be open for bidding from Tuesday 16 to Tuesday 23 February (2016), with the invitation-only live auction being held on Thursday 18 February at Christie’s in London.

Though the live auction is invitation-only, Internet and telephone bids will be open to anyone who wishes to take part in the sale. All proceeds to benefit Médécins Sans Frontieres, other charitable organisations and the United Nations Mine Action Service. The live auction is led by the Aston Martin DB10, one of only 10 built specifically for SPECTRE and will be the only DB10 ever to be offered for sale to the public. This is the only car that includes a special plaque signed by Daniel Craig and was displayed at the world premiere of SPECTRE at the Royal Albert Hall, London.

Further highlights include an Omega Seamaster 300 Watch worn by Daniel Craig in the film, the laptop used by Ben Whishaw as Q and a SPECTRE Blu-ray signed by Daniel Craig which comes with a pair of Tom Ford ‘JB’ cufflinks worn by Bond in the film’s opening scene.

For the online-only auction go to:Christies.com/spectreonline
Sale highlights can be viewed at www.christies.com/bond