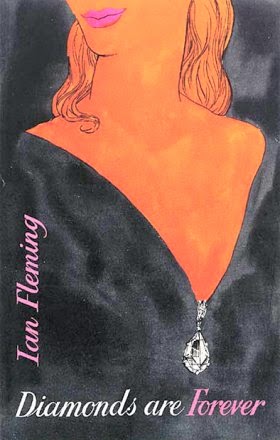 Diamonds Are Forever is the fourth of Ian Fleming's James Bond series of novels. It was first published by Jonathan Cape in the UK on 26 March 1956 and the first print run of 12,500 copies sold out quickly. Much of the background research undertaken by Fleming formed the basis for the non-fiction book The Diamond Smugglers, which was published in 1957. The story centres on how James Bond, an agent of the British Secret Service, closes down a diamond smuggling operation, the pipeline of which originates in the diamond mines of Sierra Leone and ends in Las Vegas. Along the way Bond meets and falls in love with one of the members of the smuggling gang, Tiffany Case.

The novel received broadly positive reviews at the time of publication and was serialised in the Daily Express newspaper, firstly in an abridged, multi-part form and then as a comic strip. In 1971 it was adapted into the seventh Bond film in the series and was the last Eon Productions film to star Sean Connery as James Bond.