007 Travelers is honoured to have an interview of SPECTRE actor Gjevat Kelmendi, who was seen as Spanish Boss in the movie and in the official trailer as well.

1. Please introduce yourself
My Name is Mr Gjevat Kelmendi, originally from Kosovo, but for the past 18 years I live in London and it has been 3 years since I've got in to acting.


2. You had a role as Spanish Boss in SPECTRE and you had a speaking part that was cut off. Tell about your role and the filming of SPECTRE.
My speaking part has been cut off during the editing, that's how it goes in the movies.


3. How was Sam Mendes as a director?

I have met Sam Mendes and Daniel Craig both in person during the filming of "Spectre" and they are great people, easy to work with.


4. Tell us about your other movies, which one was the hardest or the best role to do so far?
So far I like any part that I took place on the movies as I like to be in front of the cameras and for me whatever role is given I will enjoy it for sure. 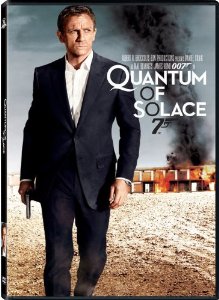