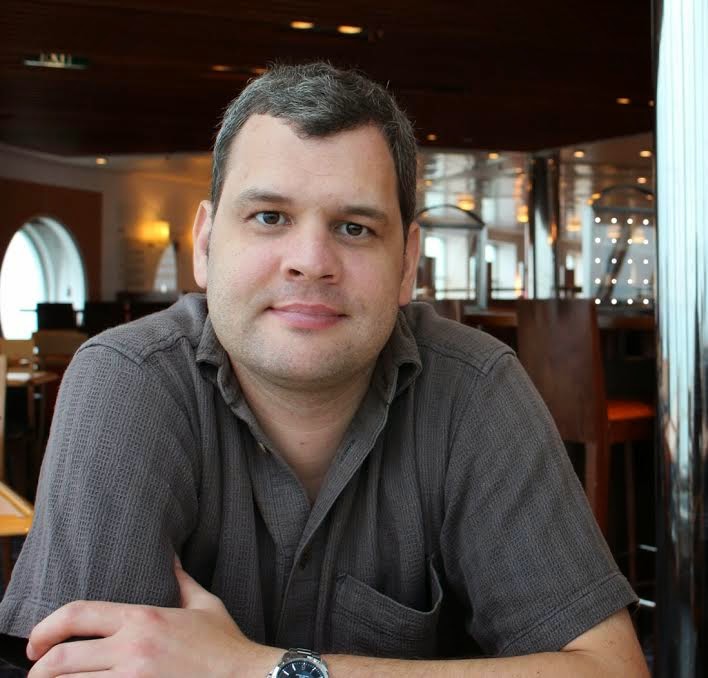 
Please introduce yourself
My name is Martin Funke. I'm 37 years old and working as a freelance media designer, writer and translator in Germany. I design print works, logos, websites and other stuff. I also studied film theory and journalism in Berlin and passed a screenplay writer education. Writing stories and screenplays is a passion beside Bond, and I hope to make a living from that some day. I'm also a huge movie-lover in general.

How long have you been involved in your 007 activities and what do you want to tell us and other Fellow Agents about it?

I'm a fan since 1993. It was not a certain film but a compilation of the title songs for the 30th Anniversary that evoked my love for the 007 world. I re-watched all films and began to collect everything about it, especially books. I also learned to love the novels of Ian Fleming which were unfortunately not very well marketed in Germany for a long time. My first Bond was “You Only Live Twice” (1967) on TV, the first Bond on the big screen was “GoldenEye” (1995). Since 2012, I have a blog about Bond entitled BondandBeyond.de. I report there about all aspects relating to 007 in German language, and also try to take examine historical or dramaturgical perspectives. At the moment I also think about writing a book about Bond.

Have you ever met Bond stars? If you have, who? If you have not, who do you want to meet the most? (Why?)
I have seen Daniel Craig, Barbara Broccoli, Sam Mendes and others in person at the “Skyfall” (2012) premiere in Berlin, and Ken Adam at the film museum. If I could choose someone to talk with it would be the producers, Barbara Broccoli and Michael G. Wilson. I admire their work over the years.

Your favourite Bond actor? (leading male role) Why?
I guess it's Roger Moore. His films are the golden age of the franchise for me. I like how he
established his own type of Bond and stepped out of the shadow of Sean Connery. His way of facing all aspects of life with a great sense of humor always attracted me. I also like Timothy Dalton very much. He combined danger and authenticity, and comes closest to Ian Fleming´s vision of Bond.

Your favourite Bond film? Why?
My number one is “On Her Majesty's Secret Service” (1969). It has a melancholic, dreamlike quality that is hardly to describe. I also like “The Spy Who Loved Me” (1977), “The Living Daylights”  (1987) and “Casino Royale” (2006) very much. These are classic craftsmanship-films that really moved the franchise forward.

Which is the best place where you have traveled so far? Why?
A great location was Portugal, where OHMSS was shot. Venice is a magical place, too. Maybe the most beautiful city in the world. I also liked the south of England very much. The chalk rocks, the historic piers and especially the kind people.

Which is the place where you would like to visit but have not yet been? Why?
I would like to visit the Caribbean. Especially Cuba before it loses it's old-fashioned charm, but also Jamaica, where Bond was born. Runner-up is Japan and the locations of “You Only Live Twice” (1967). I like the Japanese mixture of high-tech and tradition.