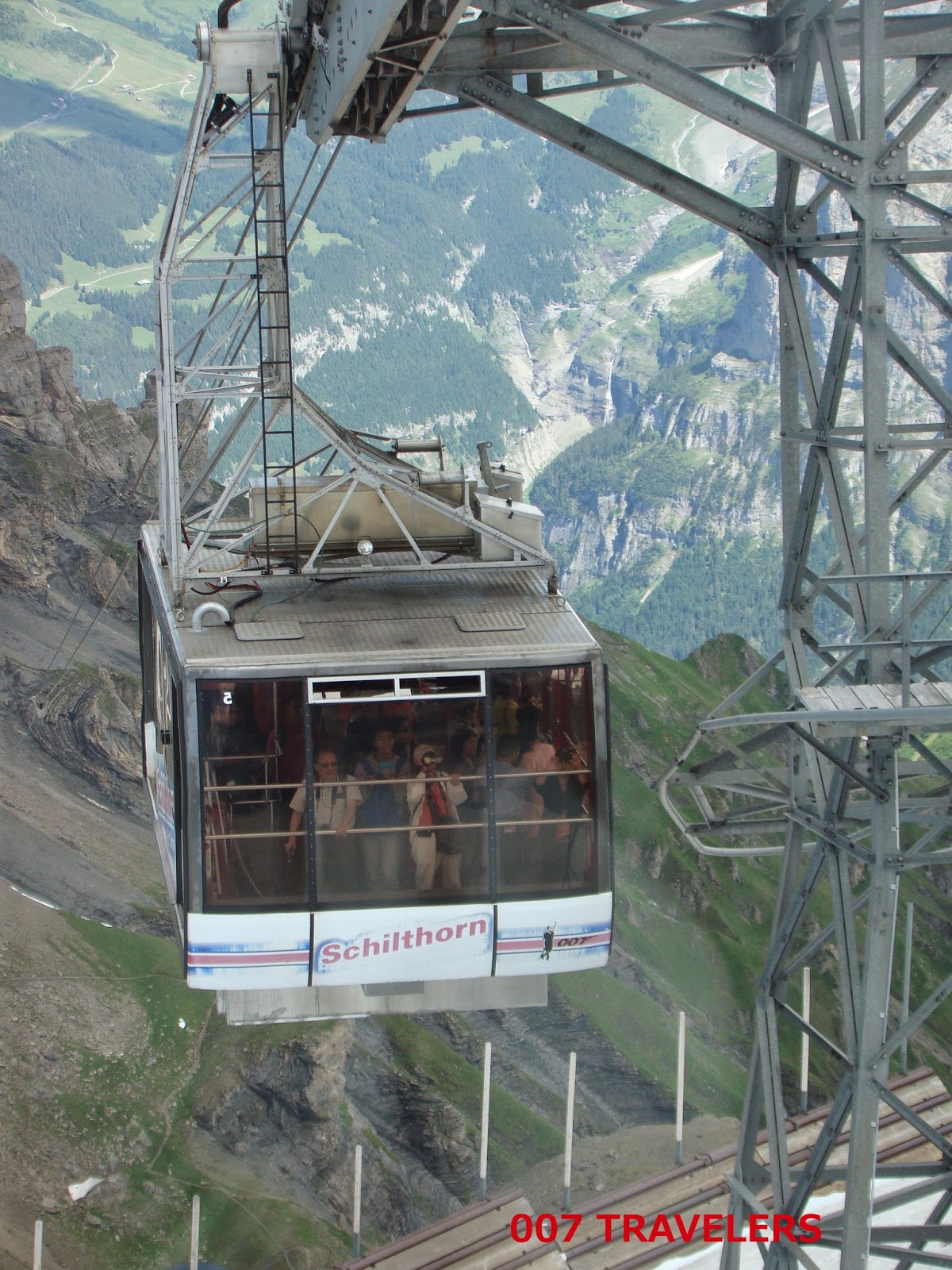 
Interactive James Bond experience!
Visit the interactive exhibition, which is a must for all Bond fans.


You can find behind the scenes information about the filming of "On Her Majesty's Secret Service" (1969), for example the pages of the original shooting script. 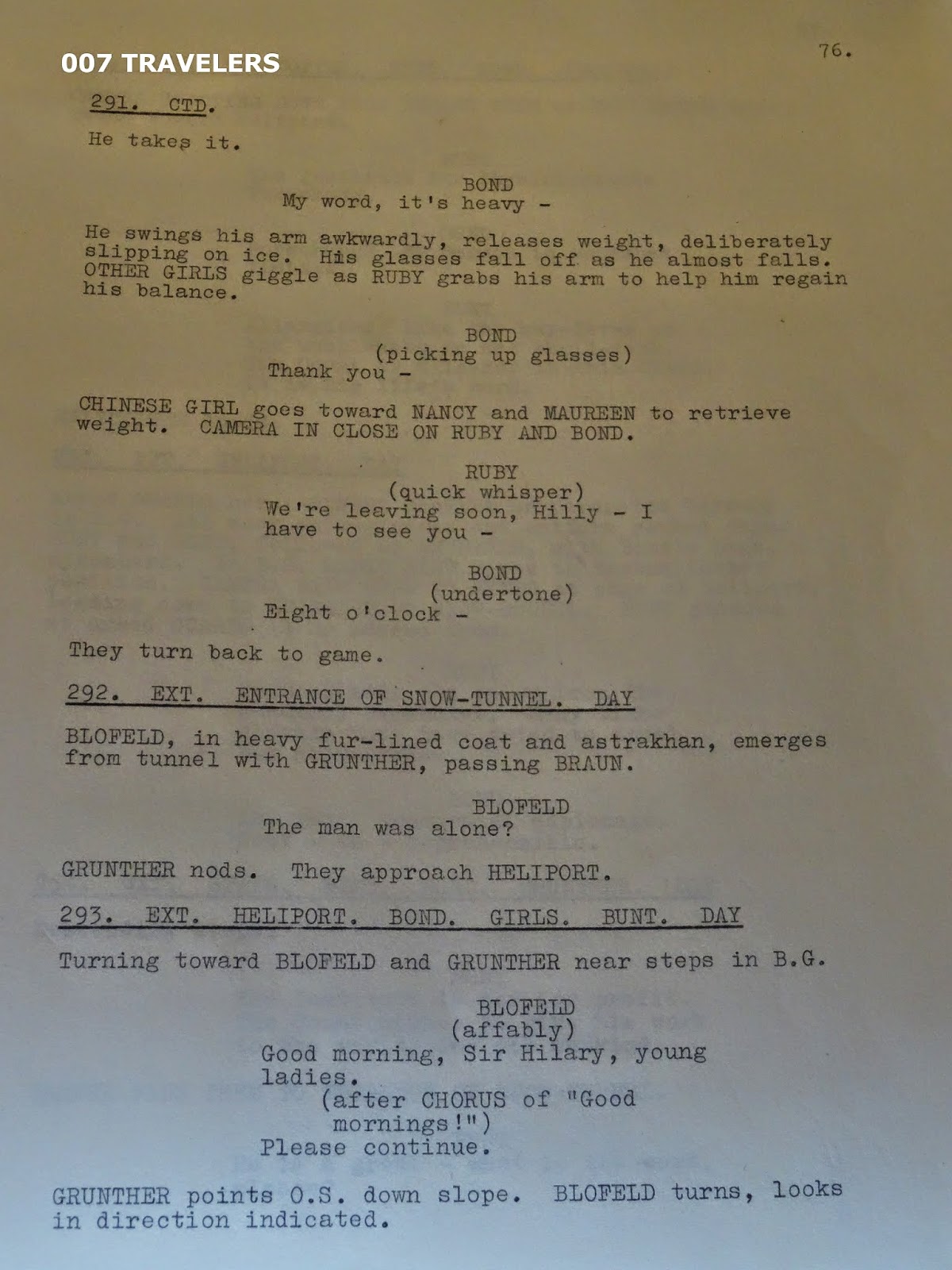 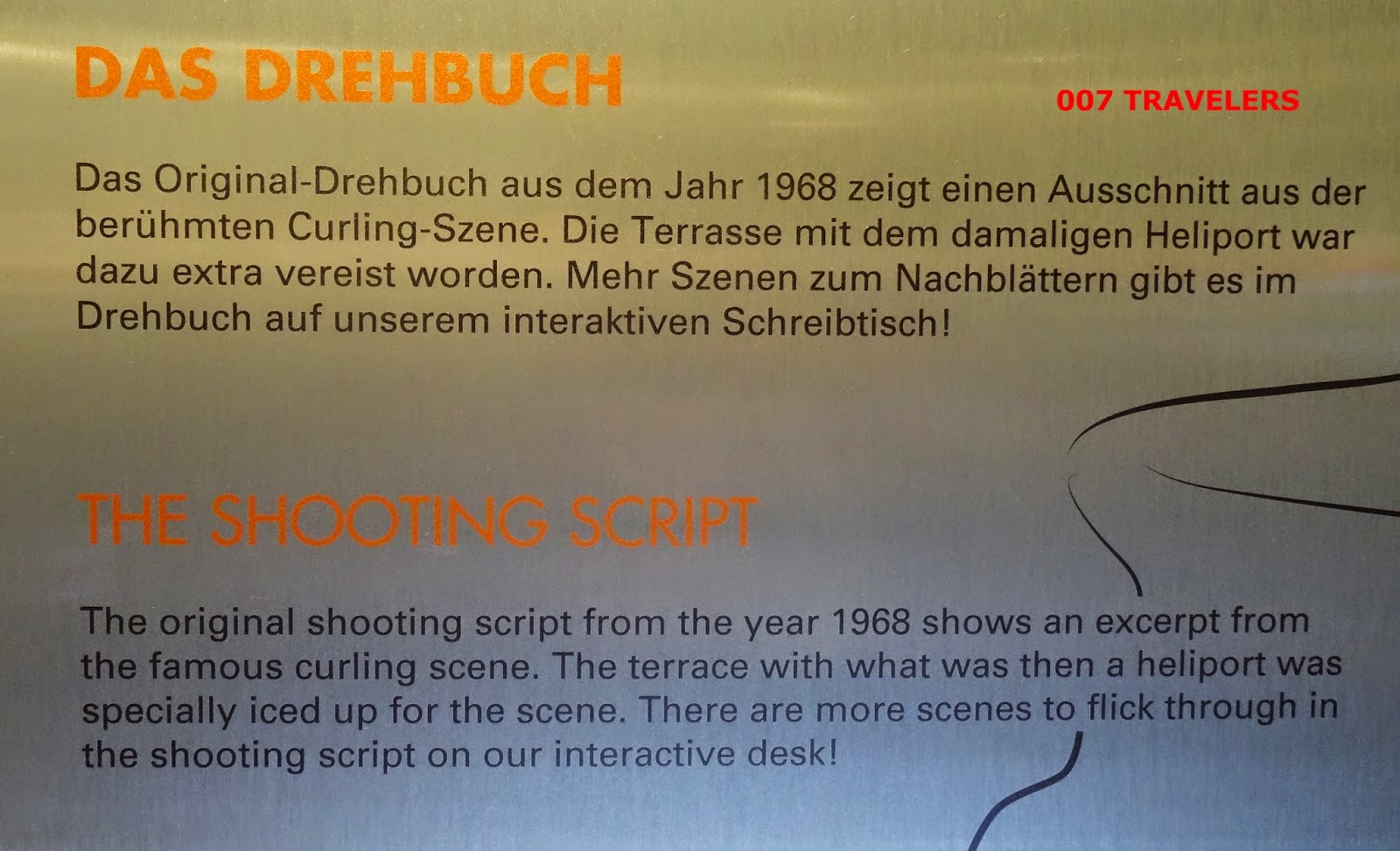 See the scenes from the movie as well as experience personal Bond minutes, like throwing James Bond's hat in Miss Moneypenny's office, and get orders for your assignment by using The Red Phone. 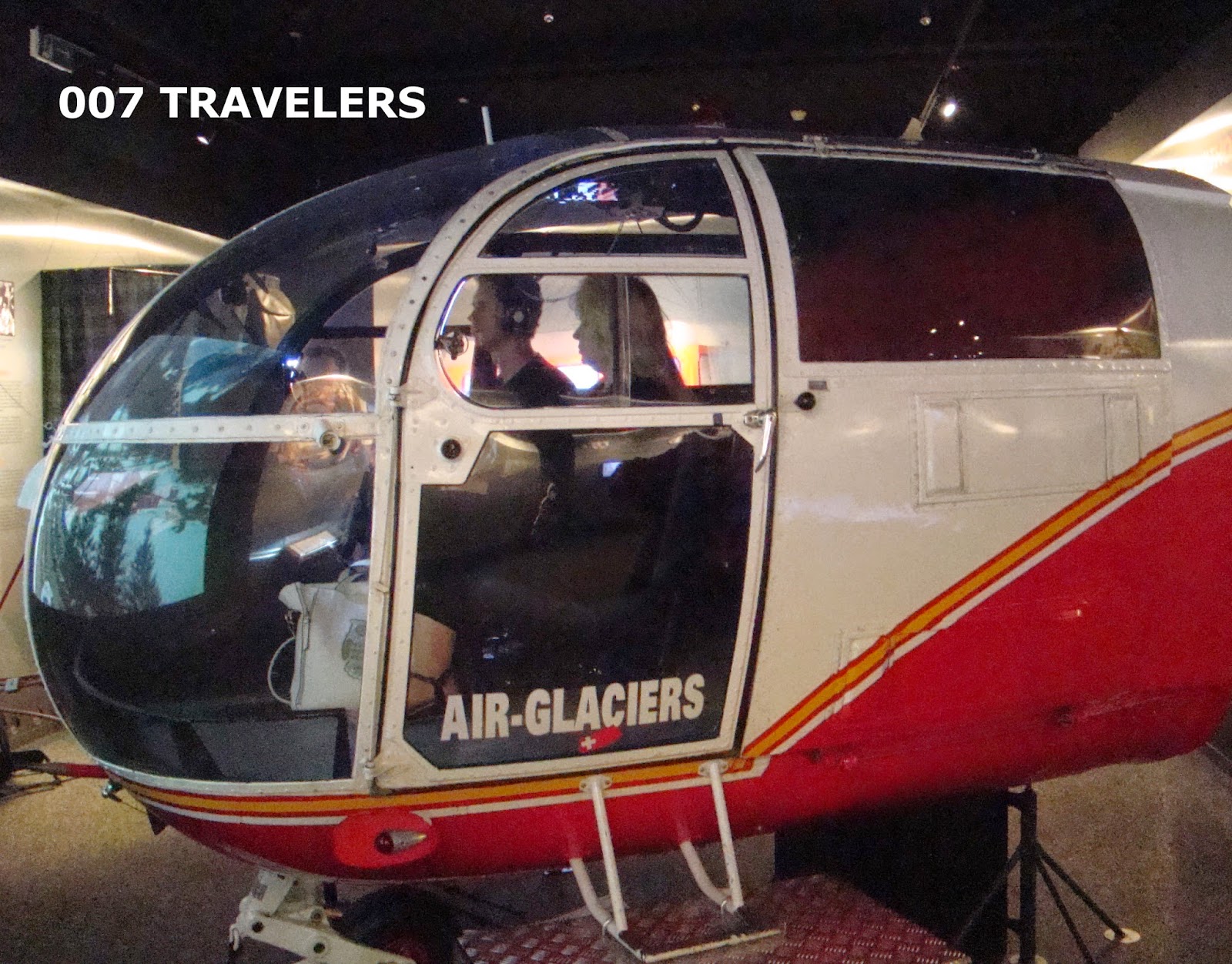 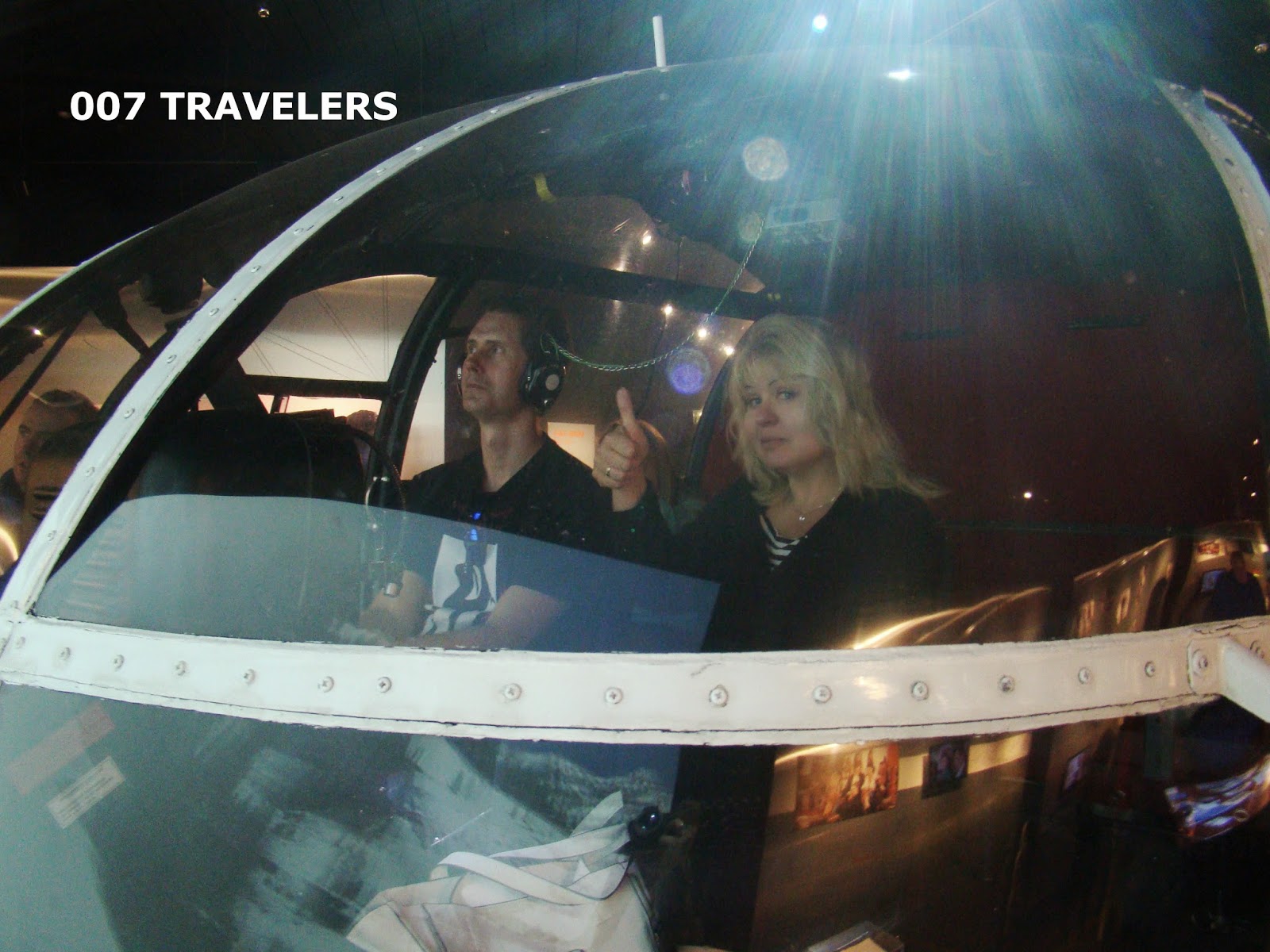 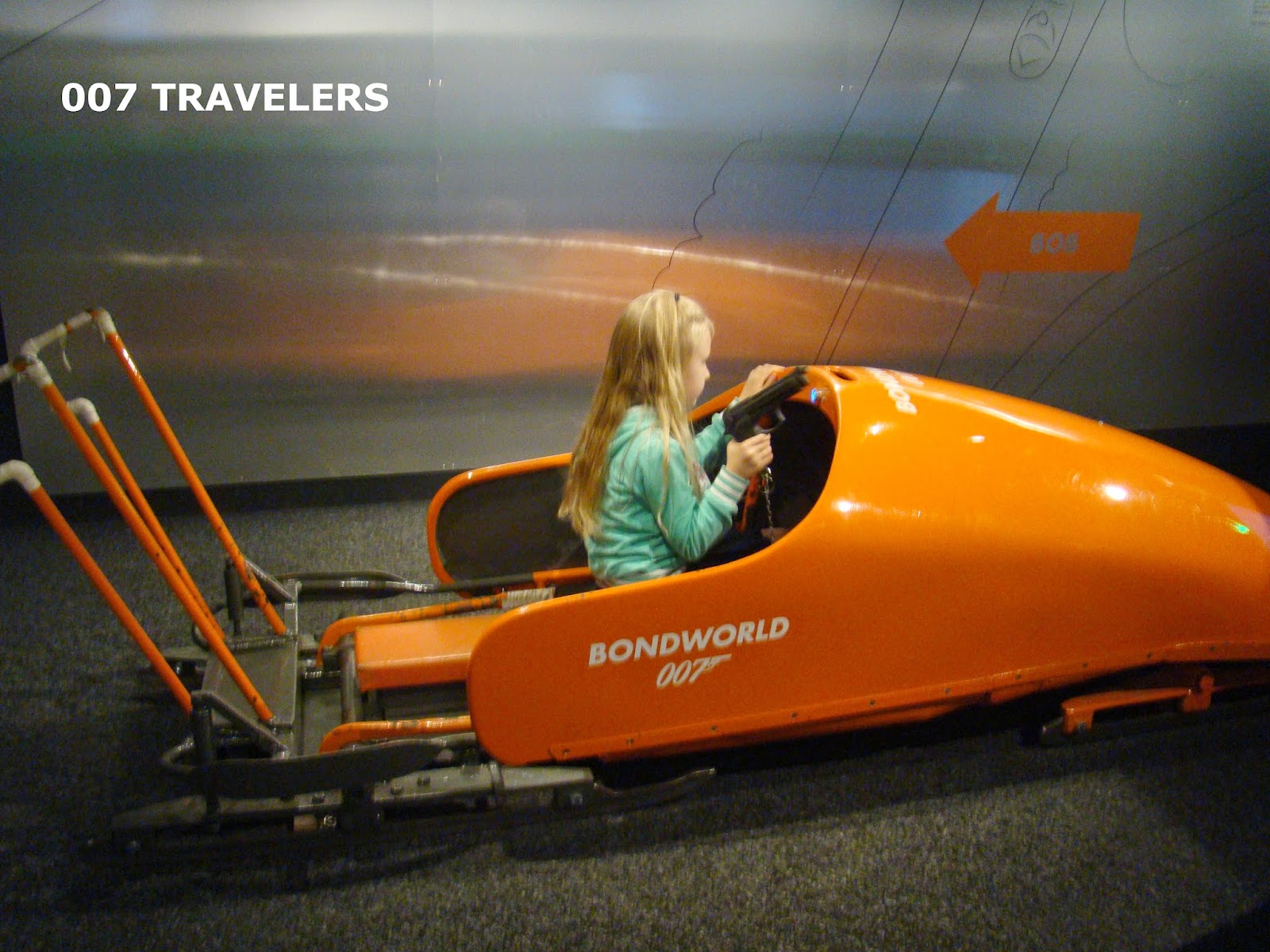 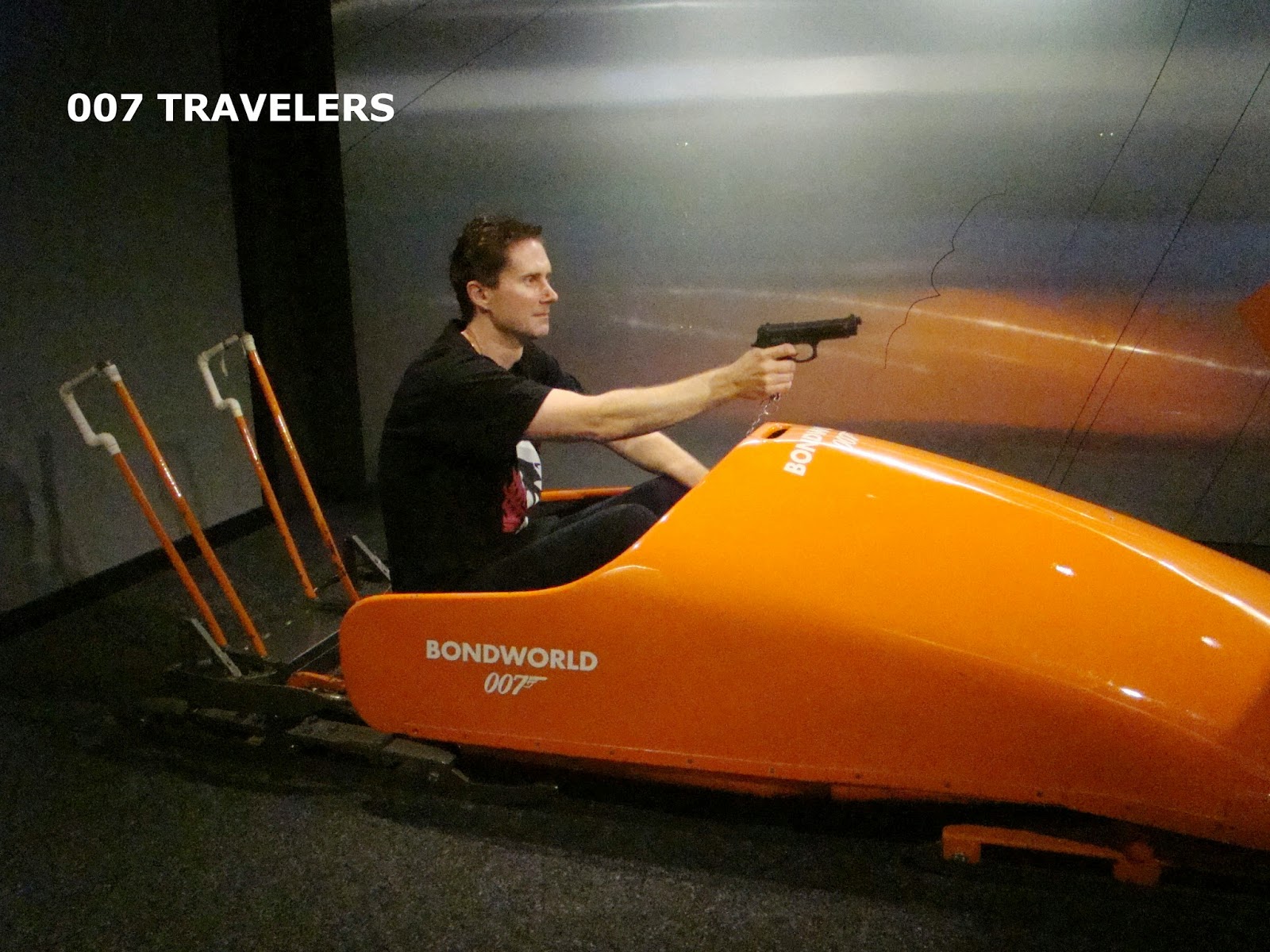 Blofeld's Coat of Arms (Arae et Foci) can also be seen on the wall of the Bond World 007. 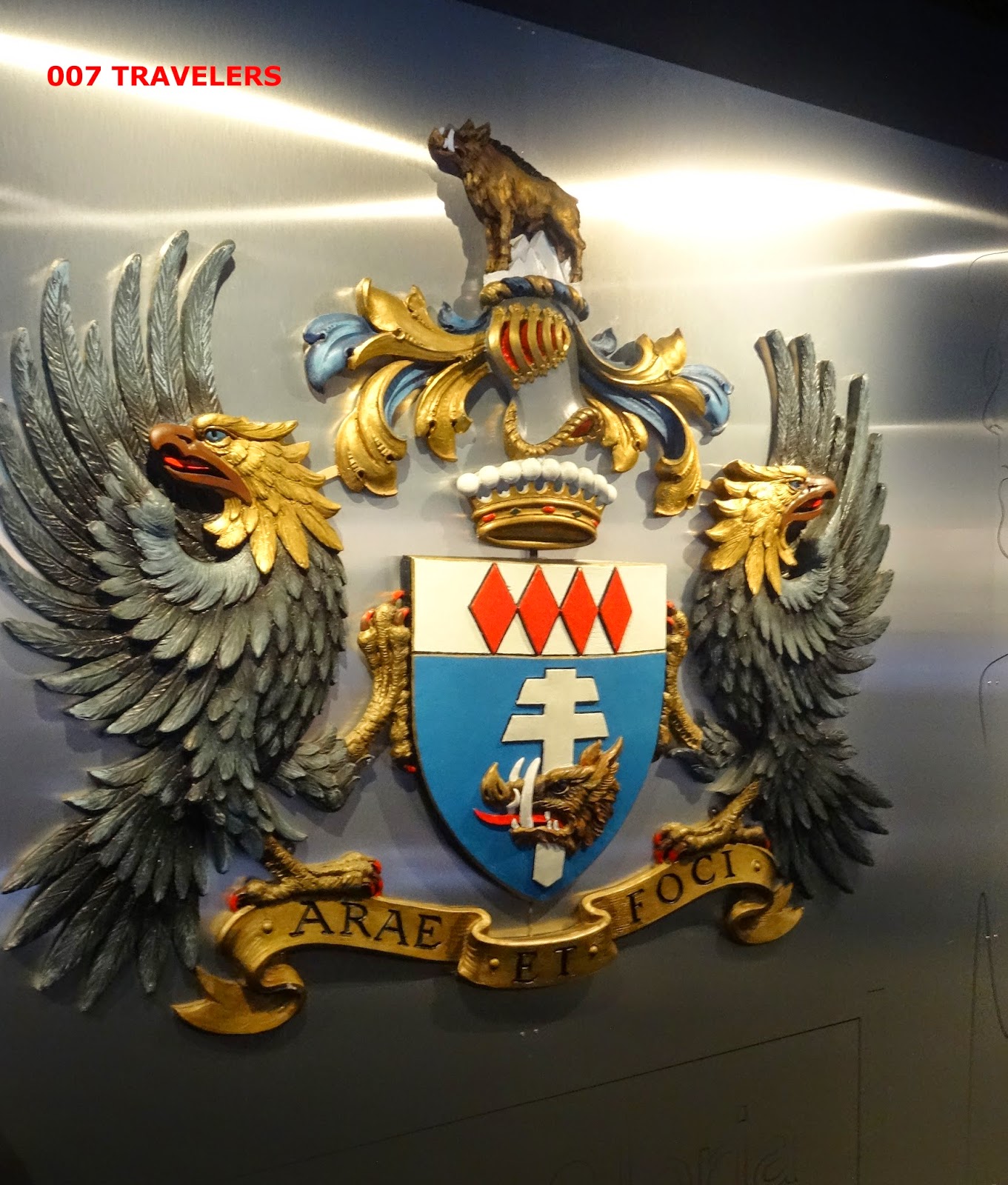 You can also see some clips of the movie in In-house cinema, where is also a panorama video show and astonishing views of the alps around Schilthorn in other video. 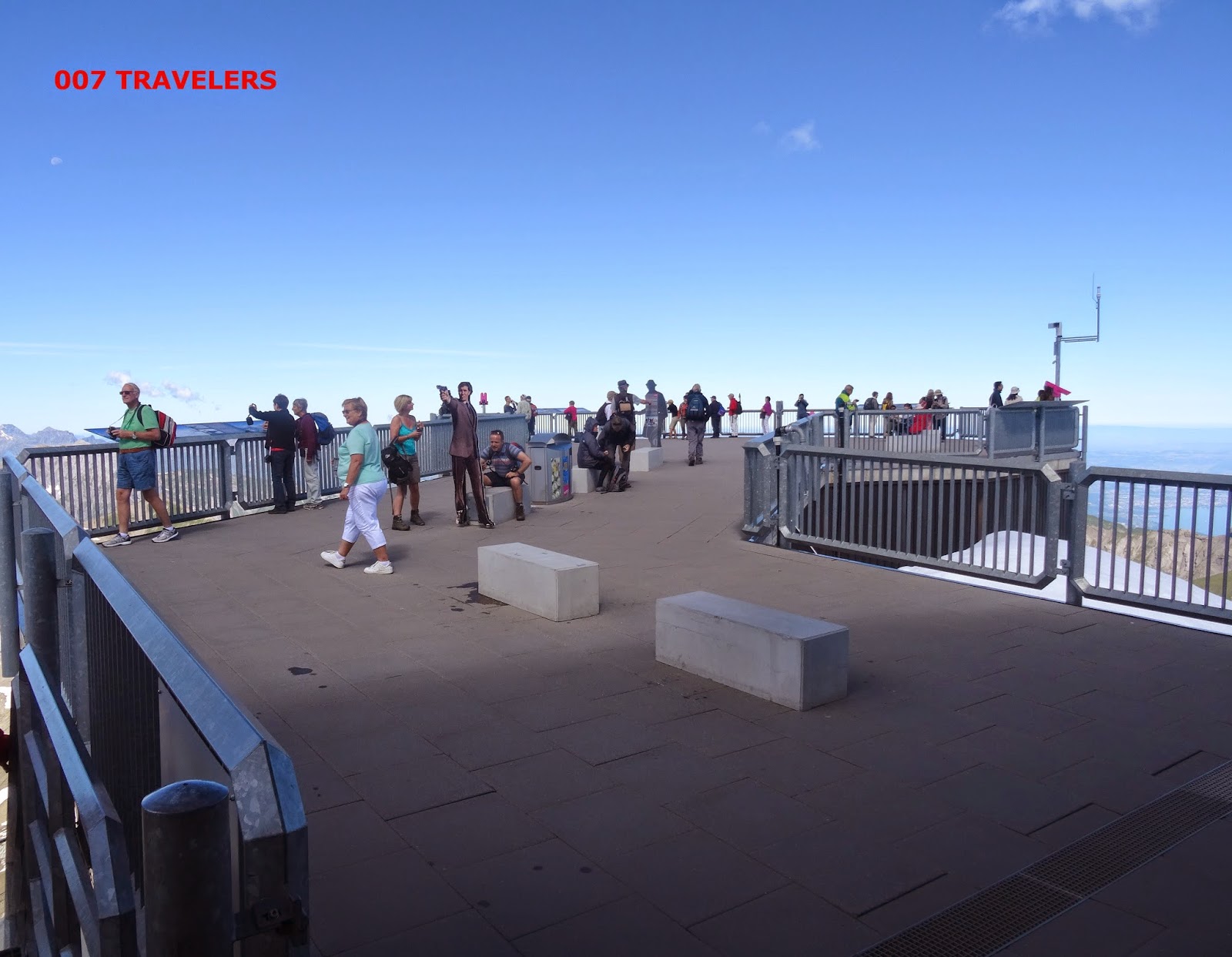 See wonderful views over Eiger, Jungfrau and Mönch mountains and check out where "On Her Majesty's Secret Service's" (1969) famous curling scene and some action scenes were filmed.


You can also find silhouettes of George Lazenby as James Bond 007 on the platform. 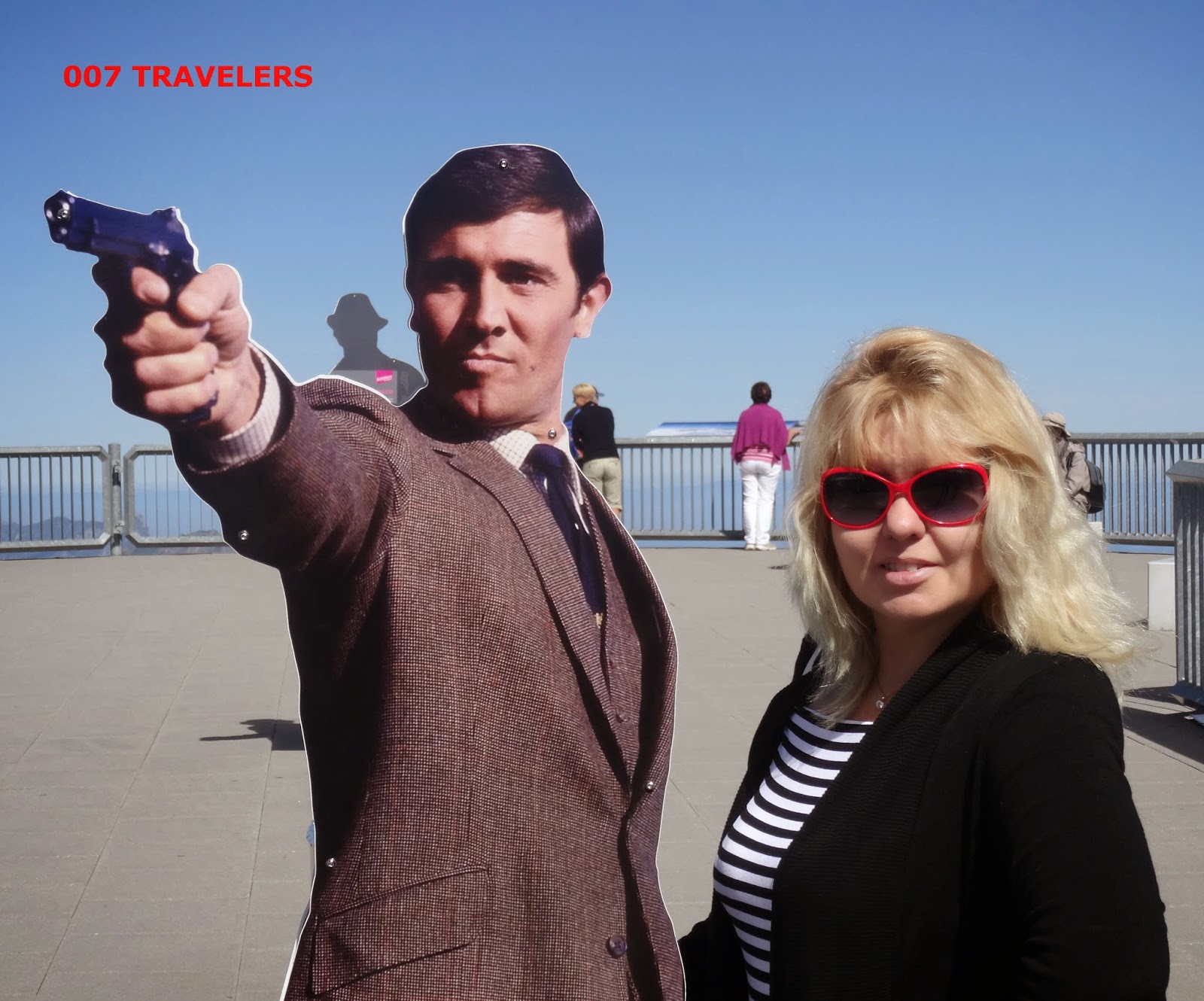 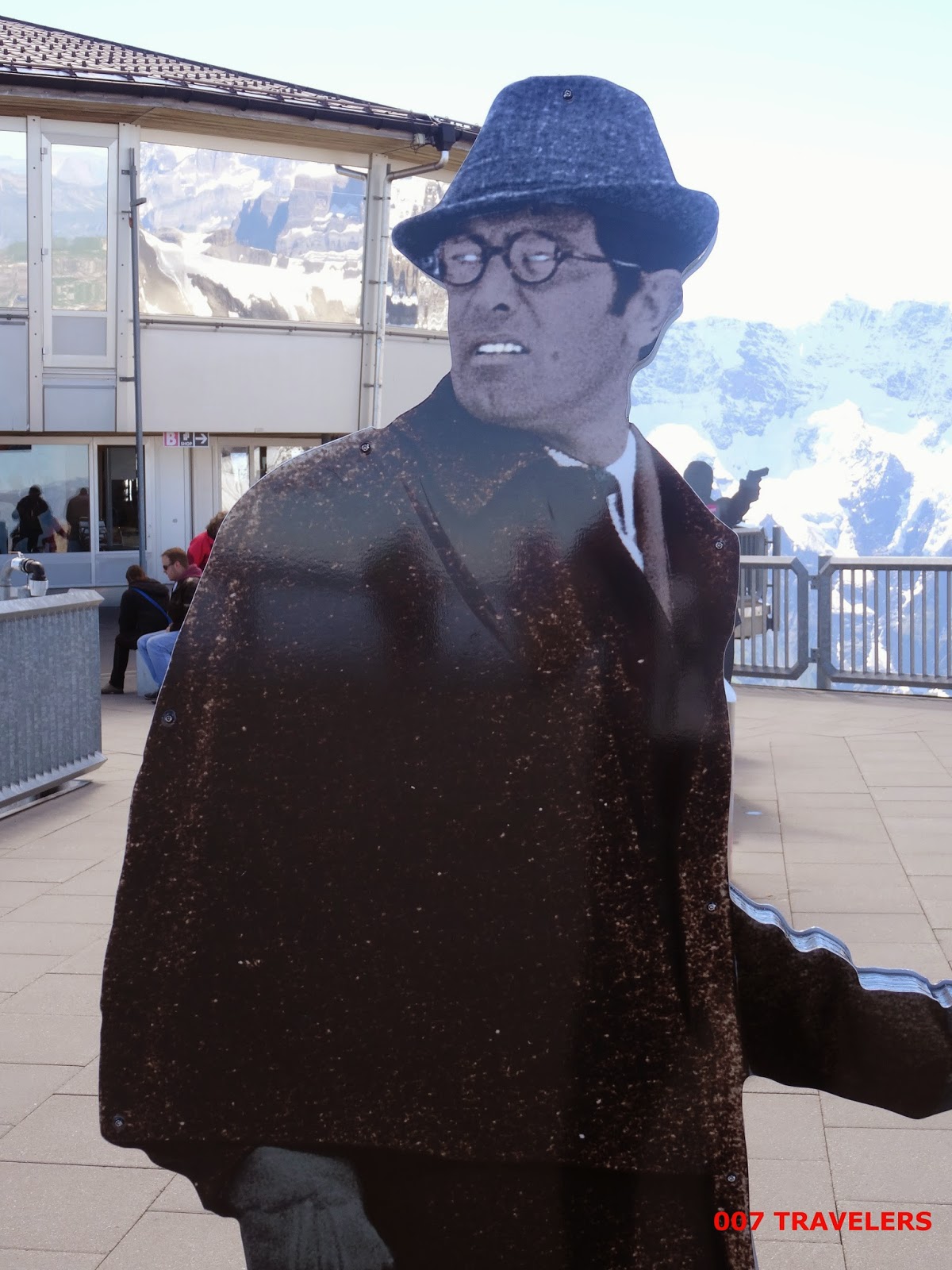 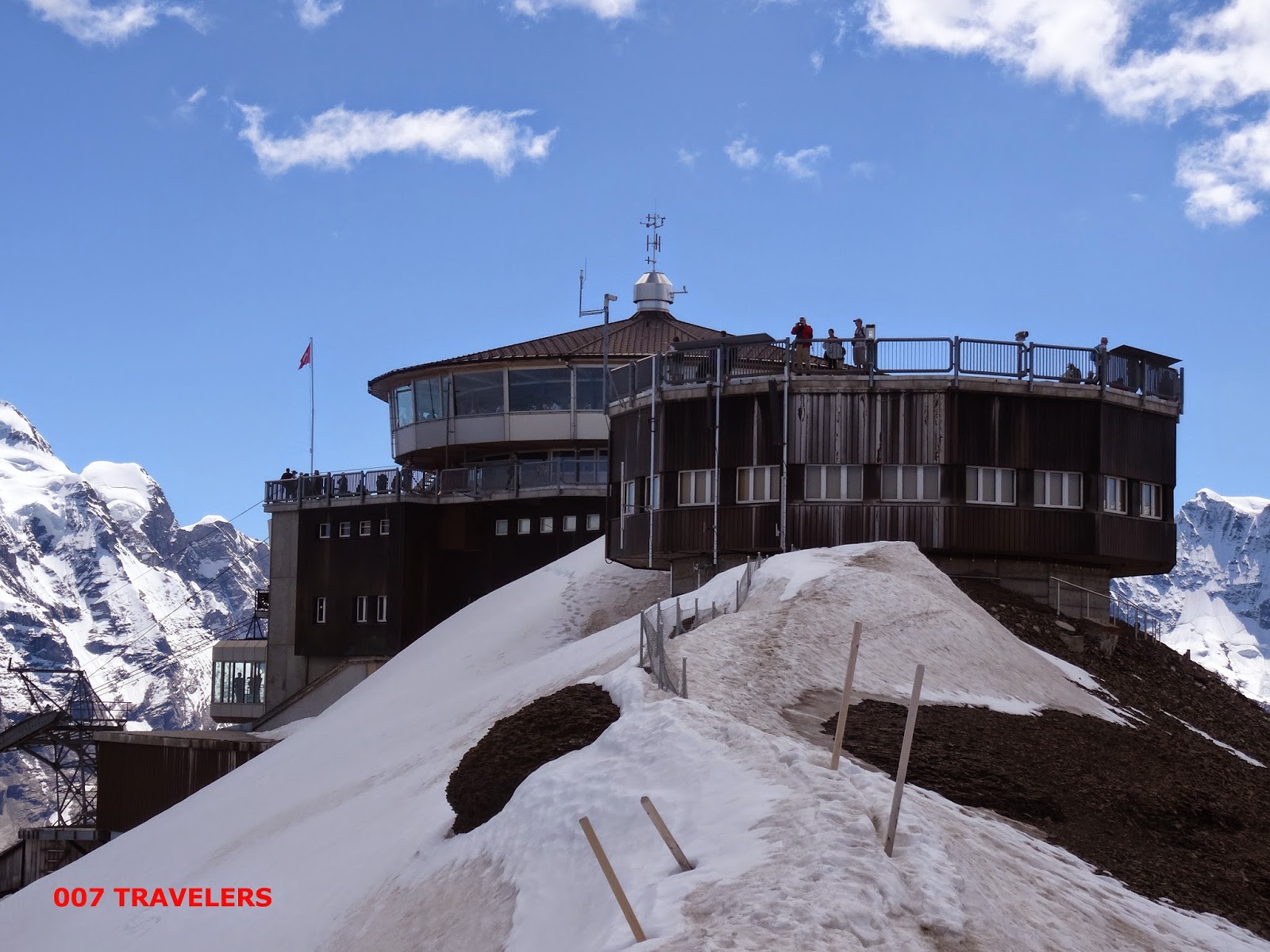 Here you can also see breathtaking views of Eiger, Jungfrau and Mönch mountains as well as see Piz Gloria's revolving restaurant. There is also the fixed photopoint on Piz Gloria platform which allows you to take pictures against the backdrop of the three legendary peaks. The pictures are available at the Souvenir Top-Shop or they can be downloaded for free on Schilthorn website.

SOUVENIR TOP-SHOP AND JAMES BOND BAR
You can find a big selection of special Bond souvenirs from Top-Shop and you can taste drinks in James Bond Bar. 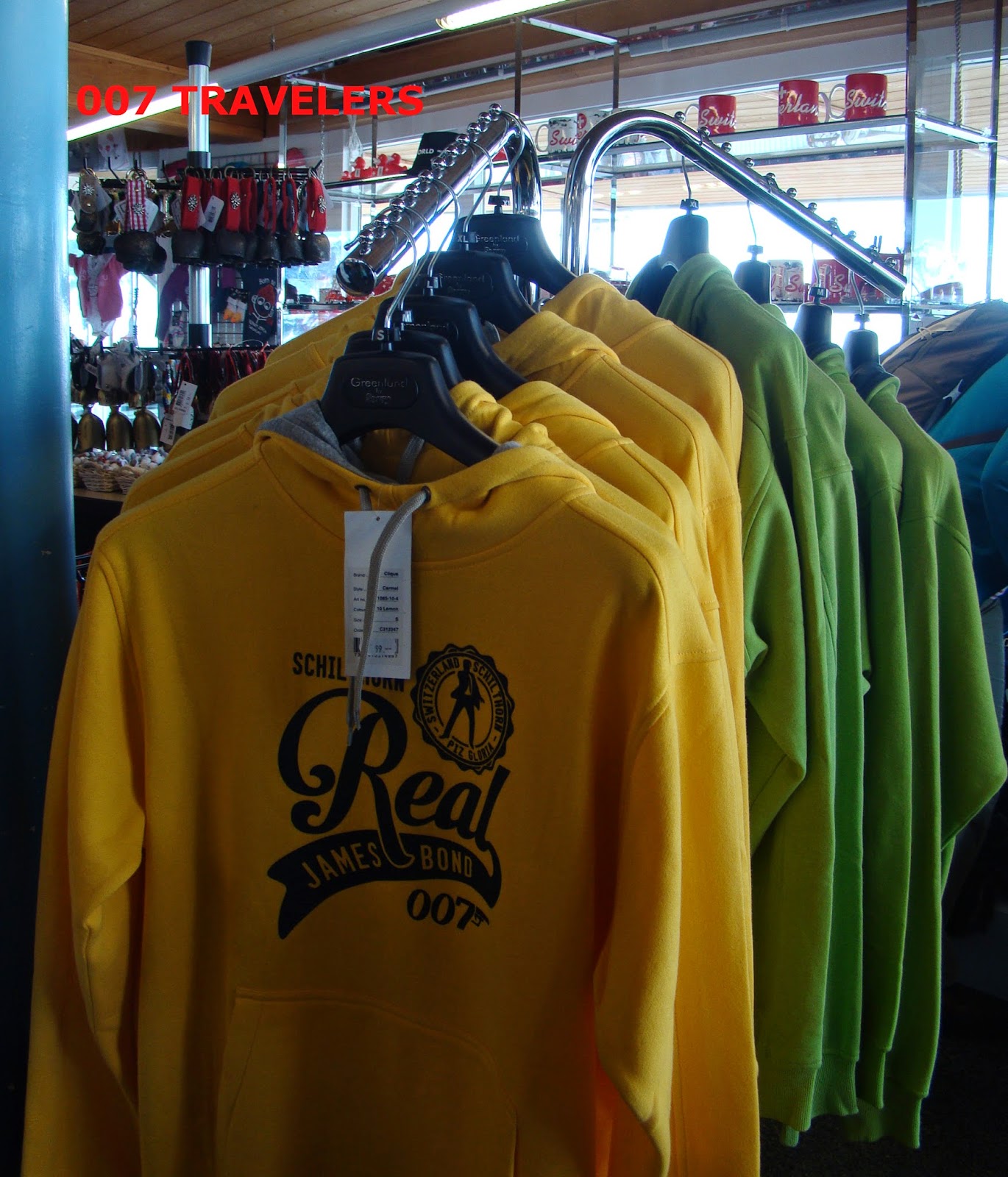 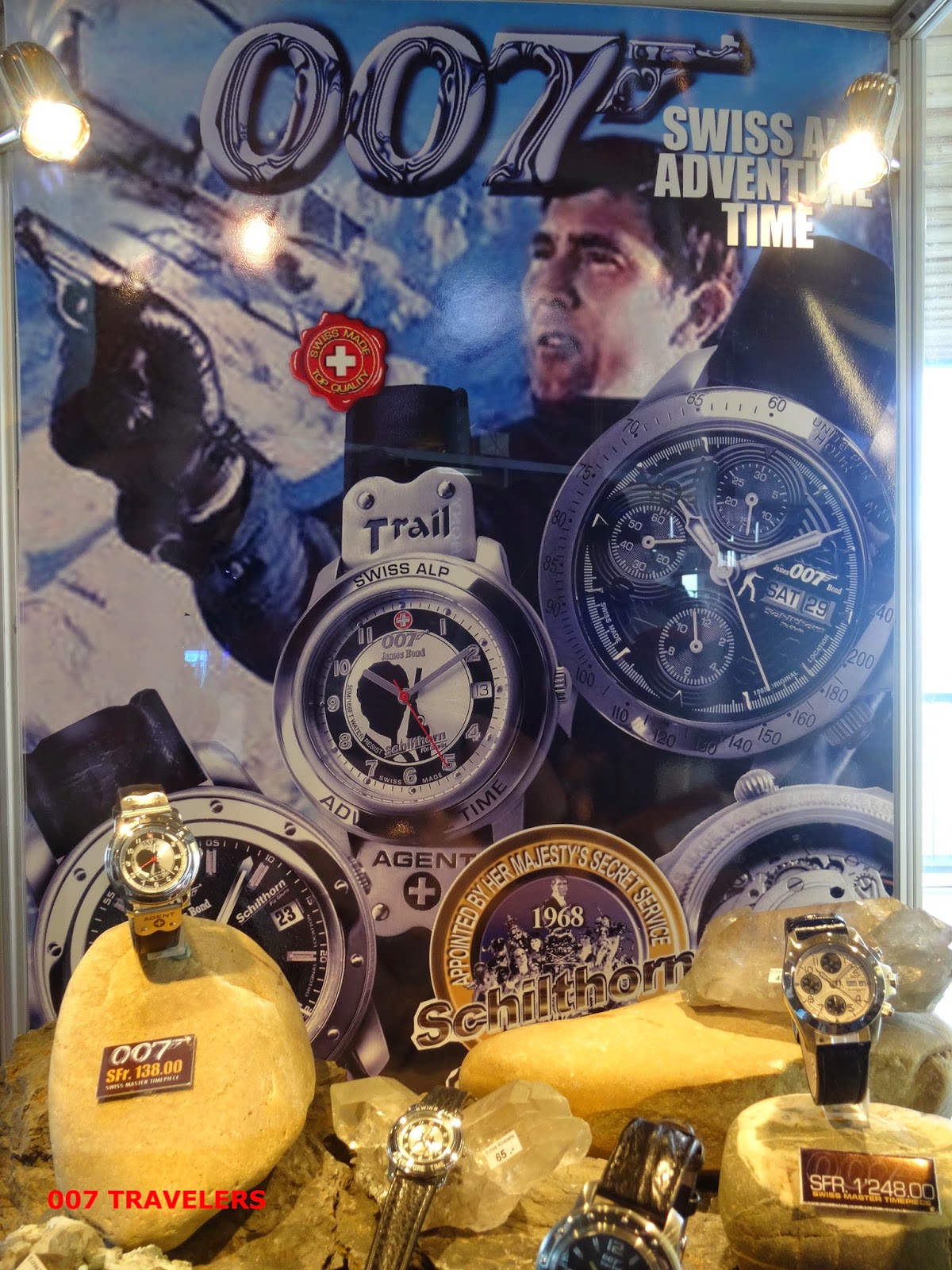 Look what we bought! 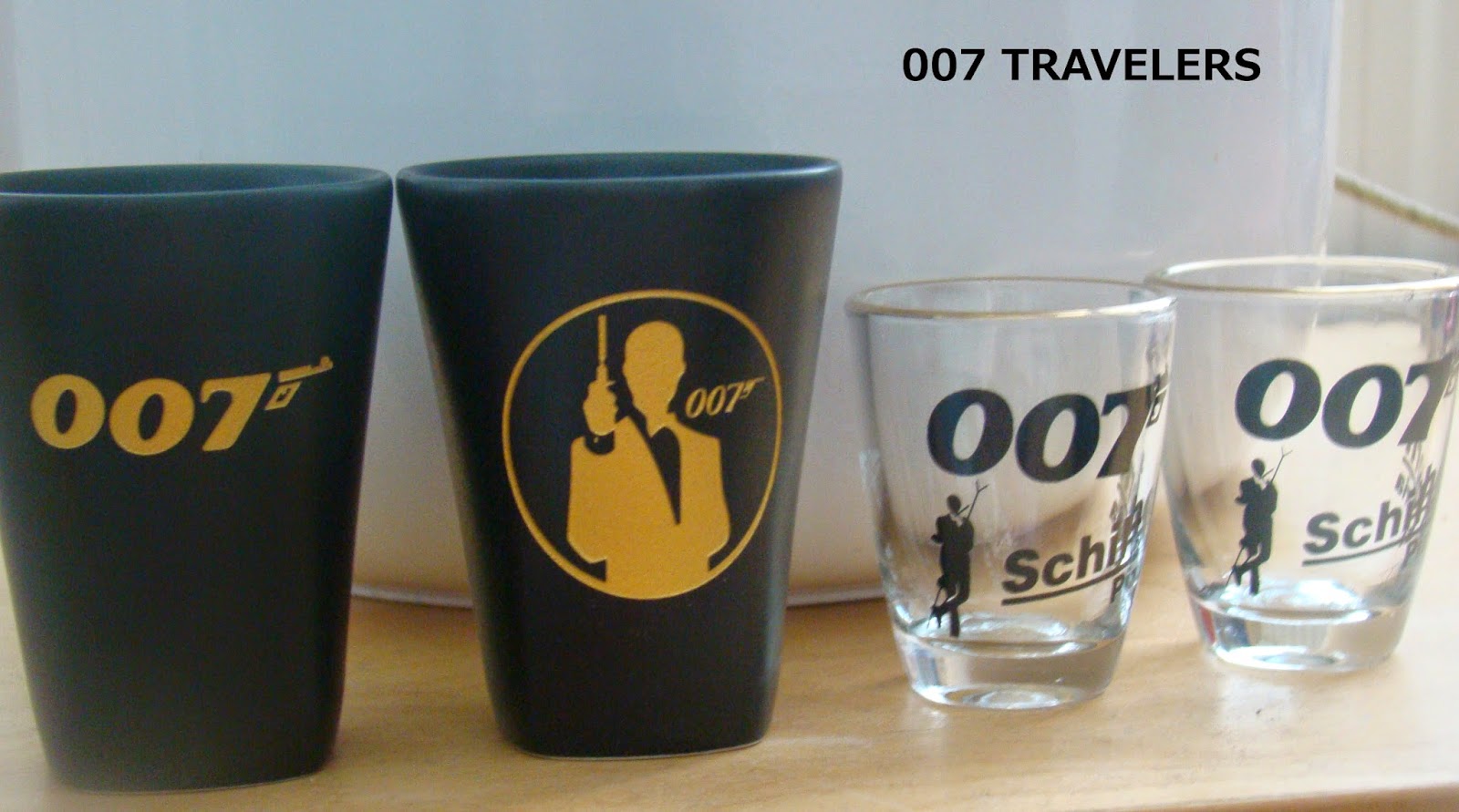 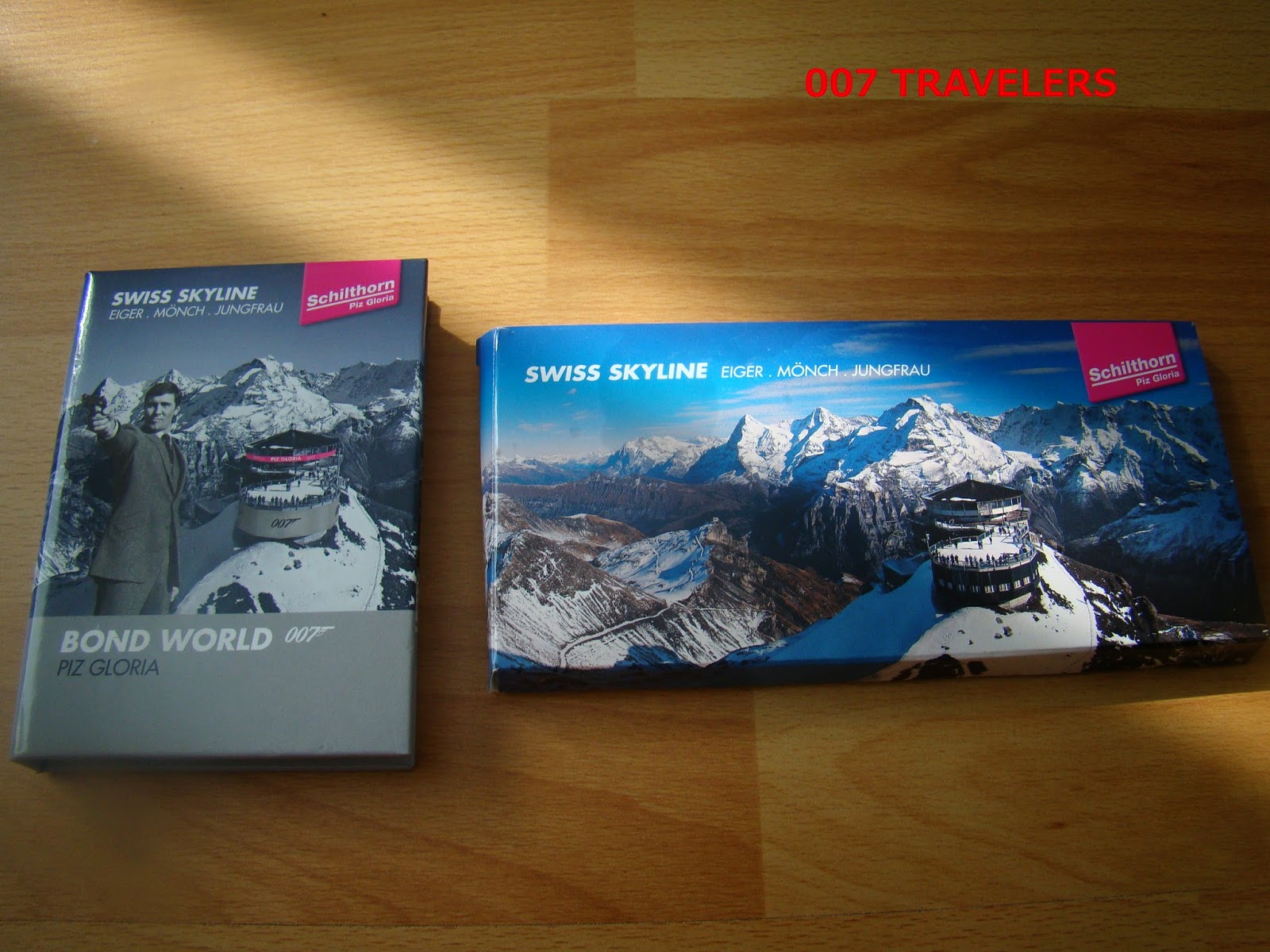 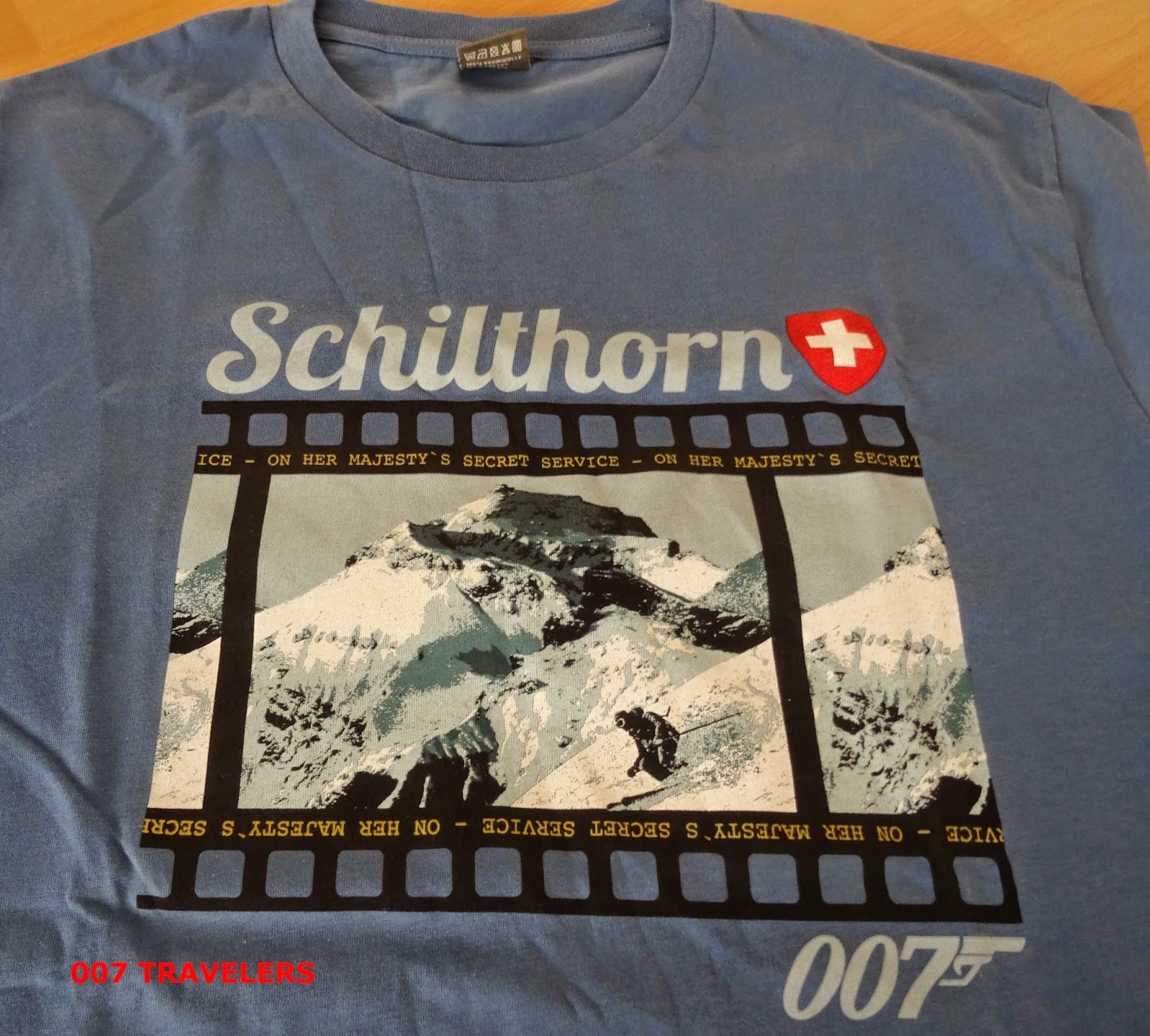 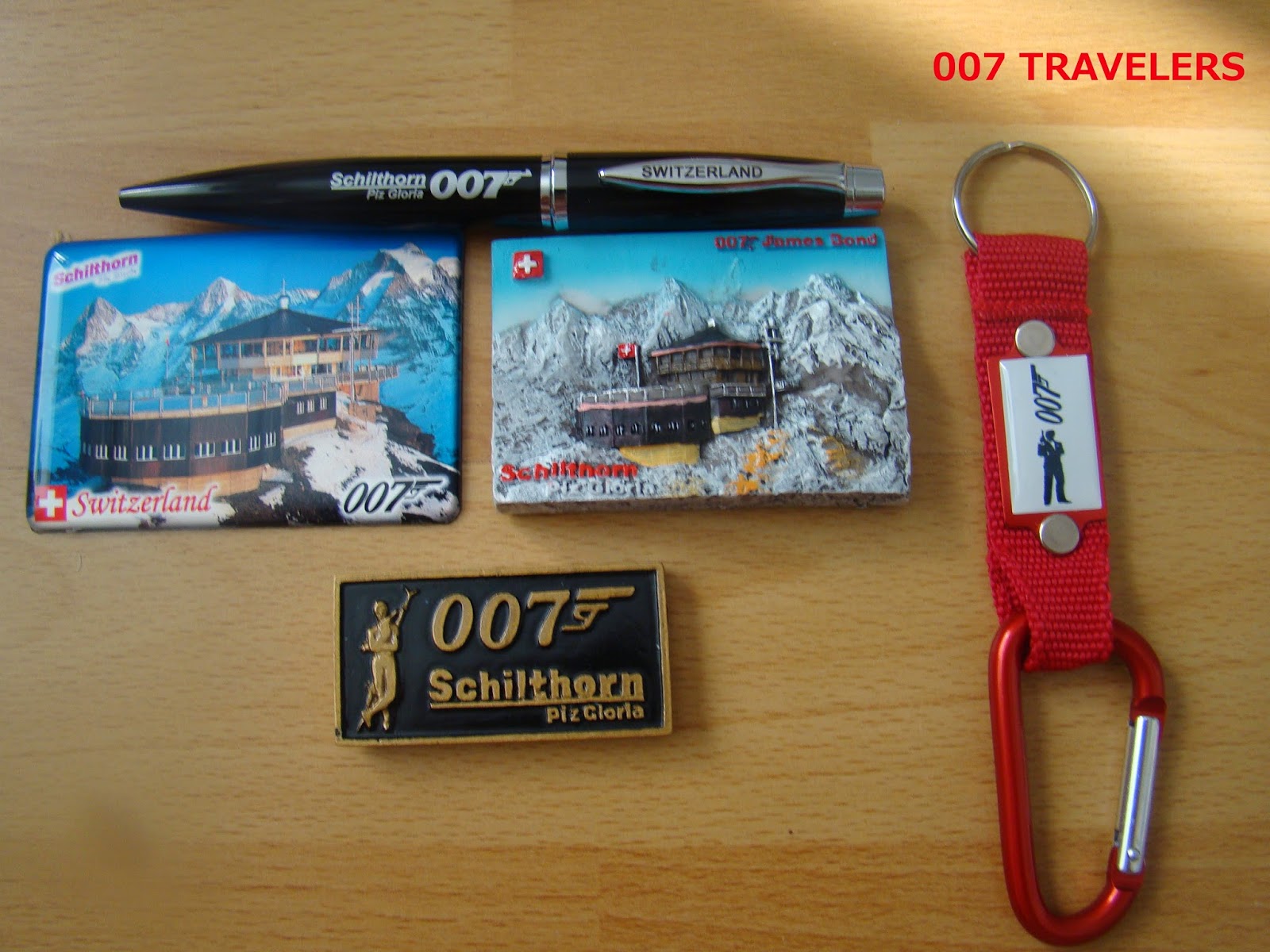 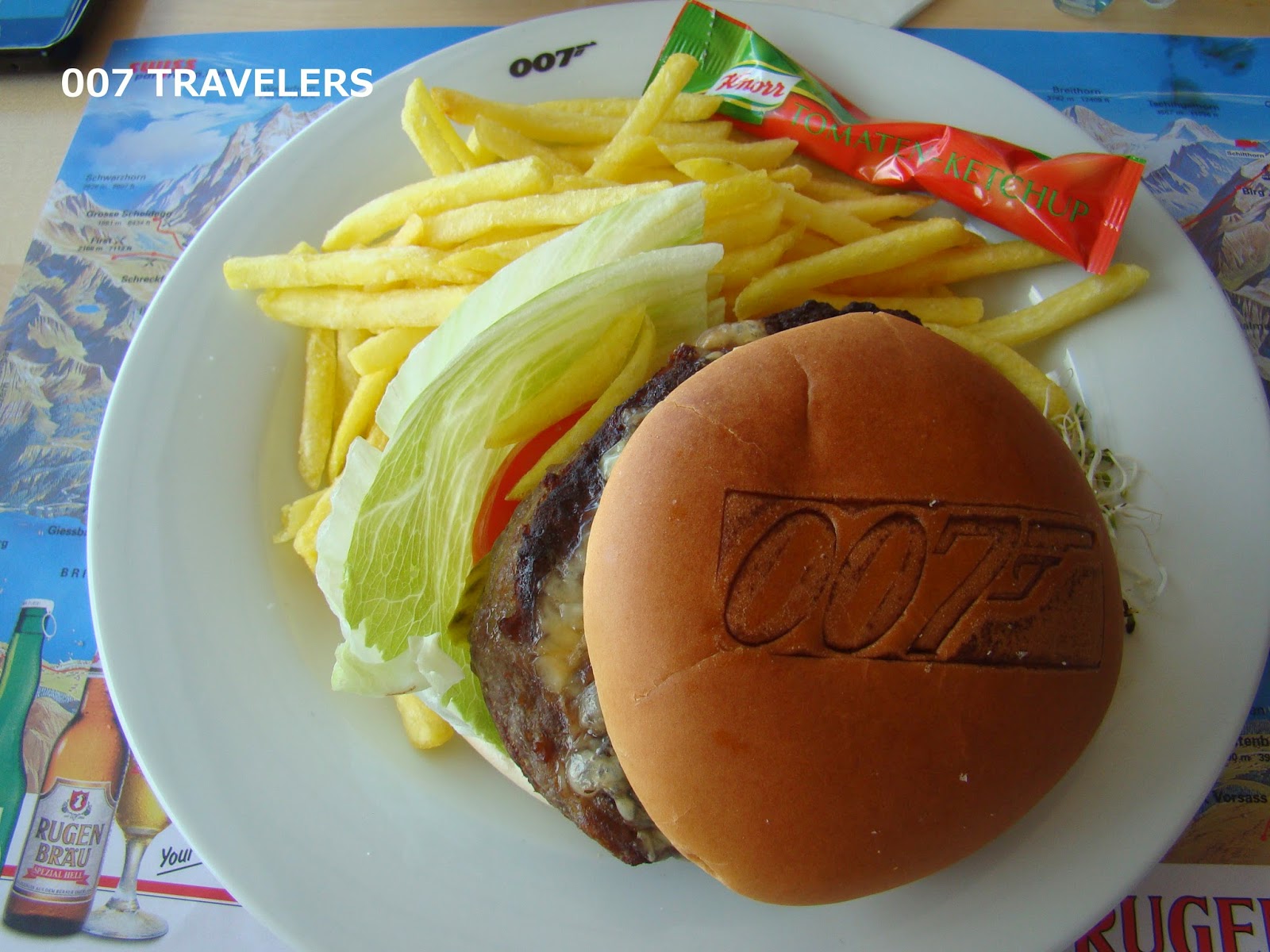 After this you must be hungry, so why don't you visit 360° -RESTAURANT PIZ GLORIA.


See our introduction of it here


HOW TO GET THERE
Take a train from Interlaken Ost for Lauterbrunnen, from where a postbus takes you to the bottom station of the Schilthorn aerial cableway in Stechelberg. The aerial cableway to Mürren departs every 30 minutes. 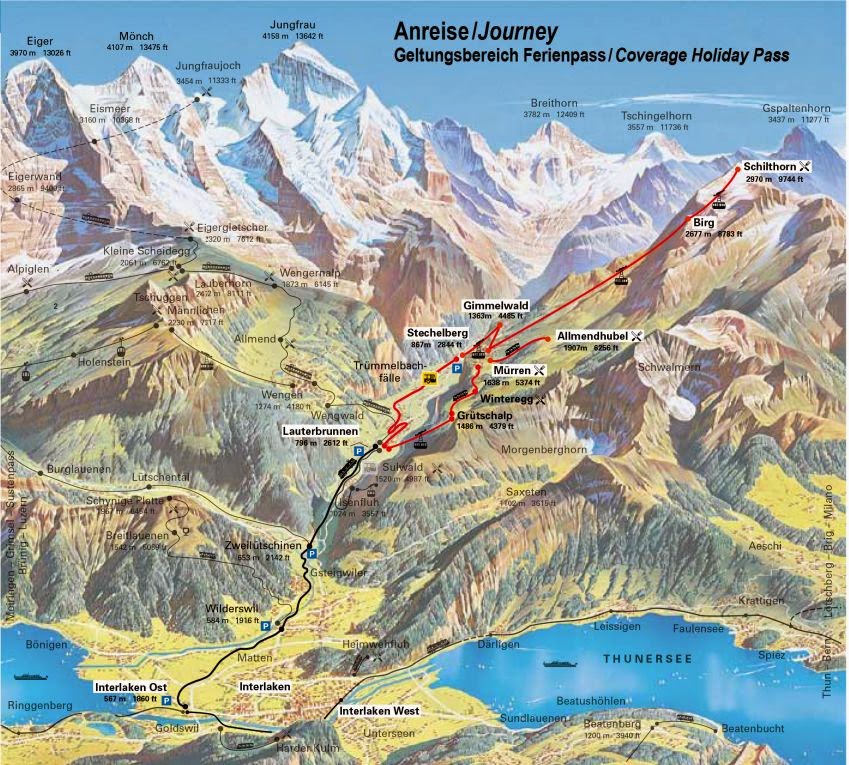 From 9.00 to 17.00 h, courses every 20 minutes
Connections cannot be guaranteed during peak times. Extra courses as required. The timetable can be reduced or adjustet due to bad weather conditions/storm.