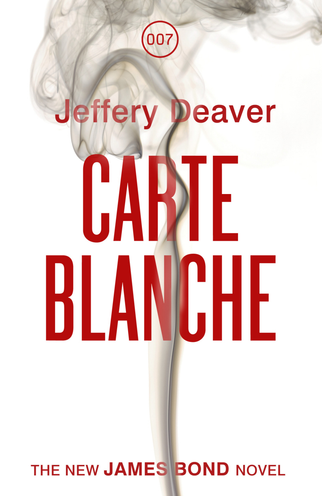 Carte Blanche is the thirty-seventh original James Bond novel and the first to have a contemporary setting since The Man with the Red Tattoo by Raymond Benson was published in 2002.


Carte Blanche updates James Bond's backstory to fit with the 21st century setting, making it the first ever reboot of the literary James Bond series. Jeffery Deaver has stated that his James Bond will have been born in 1979, making him a veteran of the war in Afghanistan (Operation Herrick) instead of a World War II veteran and Cold War secret agent as originally conceived by creator Ian Fleming.
Set in mid-2011, the story takes place over the course of a week. James Bond is a former Royal Naval Reserve officer who has recently joined the Overseas Development Group - a covert operational unit of British security under the control of the Foreign and Commonwealth Office tasked "to identify and eliminate threats to the country by extraordinary means." Bond is employed within the 00 Section of the Operations Branch.
He starts his assignment on the outskirts of Novi Sad in Serbia where an Irish sapper-turned-enforcer named Niall Dunne is planning to derail a train carrying three hundred kilograms of methyl isocyanate, dumping it into the Danube.