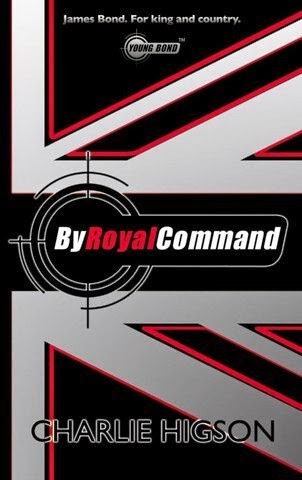 By Royal Command  is the fifth novel in the Young Bond series depicting Ian Fleming's superspy James Bond as a teenager in the 1930s. The novel, written by Charlie Higson, takes place in 1934 and see James at the age of fourteen. Locations include The Alps (Kitzbühel), England, France, Lisbon, and Vienna.

In Lisbon, OGPU Colonel Irina Sedova, also known as 'Babuska' (Russian for 'grandmother'), visits the leader of the Communist Cell in Portugal. However, she soon realizes that he isn't the cell leader. He vainly tries to kill her but Sedova's bulletproof vest protects her and she manages to kill the imposter. She then finds a sheet of paper with a name from the past on it: James Bond.

During this time, Bond is on his way for a school skiing trip in Austria when he runs afoul of a group of Hitler Youth members who call him a cheater for having won a game of poker.